Beyond The Great (FIRE) WALL OF CHINA 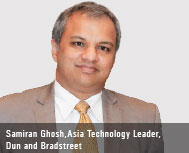 With an internet using population of 550-600 million users, China arguably has the world's largest population which makes it more than 1 out of every 5 online users globally. With half of its population on the Internet today, that growth is expected continue. As is to be expected, enterprises across the world are looking to tap the enormous potential and explosive growth of online audiences in China.

How does a company reach out to Chinese audience?

There are laws which regulate online content with severe penalties for violations of those regulations. Compliance is a necessary and critical aspect of running an enterprise which delivers or produces content for the Chinese marketplace. The Chinese Ministry of Industry and Information Technology (MIIT) regulates online entities. One regulation promulgated by the MIIT is the rule that all Internet Content Providers (ICPs) must register their businesses with the MIIT; even more so if you want to transact or share content. The term for the registration is “Beian”.

The Golden Shield Project, or the GFW (Greater China Firewall) was put in place to regulate internet traffic and it blocks upwards of 90 percent, which translates into more than 2500 sites including the likes of Facebook and Twitter. Loading a non-China hosted web site takes 10-15 seconds more than if it would have been hosted in-country. It is very common for end-users in China to see a 30-second Web page load time for a page that loads in 3 seconds in the UK or Paris. This renders the website or web application unusable. Methods employed by GFW to manage content include DNS blocking, Connection phasing, URL keyword blocking and page content scanning.

SEO in China is also extremely challenging for the very same reason. And companies that want to have content that is searchable by a Chinese audience need to at least follow some simple guiding principles. They include treating the Chinese site as a completely separate entity from any other company sites, ensuring that all content and meta data is in Simplified Chinese, getting social on China’s social networks like RenRen, Kaixin and SinaWeibo and probably doing a paid search campaign for Baidu, 360 and Sogou.

So what hosting options does an enterprise have for China?

Option 1 – Move closer to China – HK and Singapore are the typical choices. Sites in HK possibly has the lowest latency when accessed from Mainland China. Another aspect to remember is that most of the top 10 cities in China are closer to Tokyo than to Singapore. This makes a difference while choosing a hosting site or a cloud provider. Since Northern and Southern China are not well connected, a typical solution would also need to have mirrored sites in both regions.

Hosting externally with a CDN into China – ChinaCache, Akamai, CDNetworks. What becomes important in the choice of a CDN provider for China are factors like China performance, China coverage, China capacity, China CDN National license and Privileged Government Relationships. For now, ChinaCache definitely scores over other players in the China CDN delivery space.

Option 3 – This is really a combination of Option 1 & 2 – move closer and then CDN. Most corporates would prefer this option possibly as it increases the possibility of a better response time for its Chinese audience.

Why do companies need to take all this trouble? Because faster websites EQUALS sticky customers.

Google found that increasing of webpage loading time from about 400-450ms to 850-900ms reduced traffic by about 25 percent. It has calculated that by slowing its search results by just four tenths of a second they could lose 8 million searches per day—meaning they'd serve up many millions fewer online adverts. Amazon studies concluded that a 100ms delay reduced revenue by 15 percent. Amazon's calculated that a page load slowdown of just one second could cost it $1.6 billion in sales each year.

On the other hand, Shopzilla discovered that improving the response times on their website by a mere 5-10 percent increased conversion rates by 10-12 percent and also doubled the number of visitors routed through search engines.

None of the conditions around the China online community will change in the next 5 years. Therefore, it would be wise for companies to think through their ecommerce or even content strategy carefully before they decide to rollout any plan that includes a China play.

Why is Full-Cloud CAD Such a Big Deal?

Robotics and Computer Vision: Is the World Ready for Disruption?

Is The Future Of Finance Robotic?

Transitioning to a Cloud World