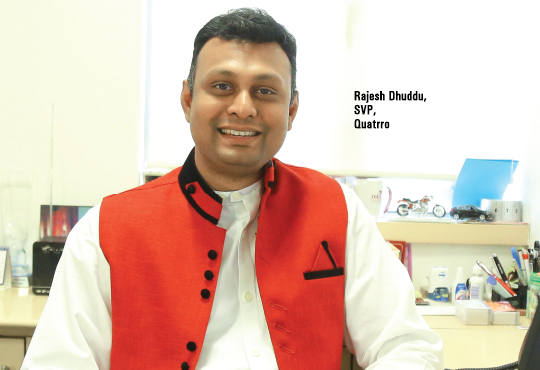 Bitcoins/ Blockchain is not a new development, they appeared on the horizon eight years ago.
The global financial crisis in the year 2008 motivated Satoshi Nakamoto to write a paper called, ‘Bitcoin’ – A Peer to Peer Electronic Cash System. While Satoshi’s identity is still unknown, periodically several people pop up claiming to be him.

Anyone who has access to computer, good computing power and cheap electricity can mine and own Bitcoins
The blocks that are generated every 10 minutes by the algorithm are linked to each other, thereby forming a chain, hence the term Blockchain. Blockchain serves as a public ledger of all Bitcoin transactions. The Bitcoins in the blocks exist on the internet, they have been generated using C++ language and secured using hash algorithm. They have a public key that points the address of Bitcoin, public keys are required to receive Bitcoins and a private key is required to spend Bitcoins. A public key is 256 bits long and usually looks like this –
Participants on a Bitcoin network can earn Bitcoins either by mining Bitcoins or validating Bitcoin transactions.

Bitcoins– an unregulated form of cryptocurrency issued by a computer program and not by a Central Bank.
Bitcoins are generated by a computer program. No one controls or regulates them. As a matter of fact, there are 710+ different cryptocurrencies in the world today and are traded in 2200+ markets with a total capitalization of USD 12+ billion dollars. In addition to Bitcoins, some other prominent cryptocurrencies are Ethereum (Ether), Ripple, Litecoin, Ethereum Classic, Monero, Dash and Dogecoin. 80% of the market capitalization is garnered by Bitcoins. There are over 100,000 merchants in the world today who currently accept Bitcoins as legitimate form of payment.

Blockchain- the oyster that spawned pearl Bitcoin has the ability to spawn many more pearls
Bitcoins may have lost their lustre owing to frequent price volatility (1 Bitcoin = USD 617, during the peak it was over 1200 dollars) and them being a preferred form of payment on the Dark Web for banned and illegal trading. But, its underlying technology called ‘Distributed Ledger Technology (DLT)’ has lot of potential in redefining almost every business application. It eliminates the need for reconciliation that usually arises on account of limited exchange of information between the parties as everyone has a copy of the transaction. Blockchain or DLT has great potential in following cases-
•Money remittances – Facilitates sending and receiving money at a lightning speed and a much lower remittance cost
• Currency – Issuing currency without the need of an intermediary like Central Bank
• Distribution of proprietary or patented information – Music, Videos, Photos that can be distributed without the fear of piracy
• No replication or impersonation of digital identity.
• Smart Contracts – A contract that can be executed, interpreted and governed by two computers without any human intervention. E.g. Connected Washing Machine and Ecommerce Portal Supplying Detergent Powder

Immutable aspects of Blockchain
• Decentralized - Blockchain is decentralized and every computer or node which is a participant in the Blockchain network has a copy of the information. Hence, it is impossible to delete the information from every participant.
• Consensus based approach – All the network participants are required to reach an agreement for a Blockchain transaction to pass through. Consensus will be reached when 51% of the computers in the network agree. The only transaction that gets recorded in digital ledger. In case a participant or a node / computer attempts to process an invalid transaction, the rest of computers will not arrive at 51% consensus, as a result the transaction will not be added to the public ledger. Every transaction is time stamped too.

Importance of Blockchains in the world today
Blockchains will lead us into a world without intermediaries. Today we are dependent on number of intermediaries like
• Banks for our financial transactions or money remittances
• Hotel aggregator for booking rooms
• Cab aggregator for hiring taxis
• Registrar for recording transfer of ownership or titles

This dependence is primarily on account of lack of trust between two parties who are not connected to each other or on account of their inability to validate true identity of each other without the help of an intermediary. With Blockchain, the information is being made available to all and true identity is being established. There will be a significant surge between Peer to Peer transactions thereby eliminating middle men commissions and reducing overall cost of transactions.

Embedding Security into the Education Sector

The Evolution Of Workforce Science

Status of Risk and Fraud Management in Digital Wallet

The Business is Evolving and EA should too!