A Look into the Next Generation Smartphones 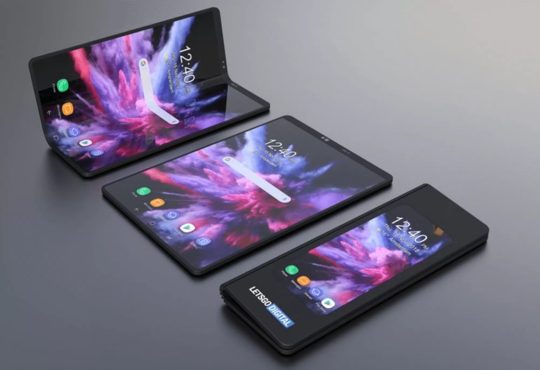 Smartphones have revolutionized the way we communicate with people and business associates. More than just a phone, smartphones these days have transformed into mini-computers that help us accomplish a variety of tasks. Studies have repeatedly shown that consumers prefer smartphones with larger display combined with a powerful processor as it allows them to multitask, be it work or for entertainment.

As these trends continue, new features are likely to be introduced in the foreseeable future, such as voice assistant features, enhanced security, expanded color options, enhanced media transfer capabilities, ultra-bright, high-resolution cameras, battery life enhancement, and even added features to track your fitness, among many others.  With smartphones evolving at a significant pace, there is always an innovation waiting in the corner, ready to disrupt the market.

Here is a curated list of next-generation smartphones whose top-notch high-end features are set to dominate the Smartphone market trends in the upcoming future:

Moto Razr 2: The next generation Flip-phones

Back in 2019, when Moto Razr burst into the scene, it captivated the audience with its iconic clamshell design with a new-fangled form. Motorola recently released the Razr 2 with a 5G supported format and a much-improved version than its predecessors, covering some of the shortcomings like limited battery life and crunchy screen unfolding sounds.

Unlike other flip phones, Razr 2 uses a stainless-steel frame and a proprietary hinge mechanism - called a 'zero gap hinge', that sees moving plates slide into place behind the screen, maintaining rigidity and form.

Microsoft Surface Dou: A one of its kind phone-tablet hybrid

Microsoft had announced the launch of its new range of phone-tablet hybrid devices dubbed as surface phones back in October 2019. Microsoft finally launched the most awaited Surface Dou devices on September 10, 2020.  Despite being put in the same category of folding phones, Microsoft Dou has garnered a very positive review so far due to its extraordinary capabilities of handling multiple tasks.

The expansive screen panes offer better media and multitasking app usage experience in a number of different configurations. In addition to that, the Microsoft Surface Dou offers an actual pen-based note-taking experience. This device might not be the most sought-after folding device, but it takes multitasking to a whole new level.

Camera: 11-megapixel camera sensor with an f/2.0 lens at the front

The LG Wing is a unique first of its kind rotating screen phone that the company released as part of its Explorer Project - which will see LG Mobile release different initiatives in the future.

The LG Wing is just another typical looking smartphone with a camera that rotates into a landscape position to reveal a smaller, squarer screen beneath. It is a radical innovation, unlike anything seen before. The phone has a second display that rotates the main display through 90 degrees. The LG Wing has shown a variety of compelling use-cases so far, such as watching YouTube full screen while handling live comments on the second screen.

Goggle has confirmed the launch of its new pixel series device, the Google Pixel 5, by the end of October 2020. The phone has already been in the news and rumors for a host of reasons. In terms of picture quality, the Google Pixel Series is arguable the leader among high-end smartphone competitors. According to the latest leaks, the Google Pixel 5 will come with the Snapdragon 765 integrating it with 5G.

Rumors had been circulating that the Pixel 5 will be more affordable than previous Pixel devices. In terms of camera specifications, the Google Pixel 5 will have a 16-megapixel 0.5x ultra-wide-angle lens, f/2.2, and a 12.2-megapixel lens, f/1,7, on the back.

Google Pixel 5 would continue to offer features like Night Sight and the ability to capture the stars like its predecessors, with more improvements and features likely to appear. Decoding of the new Google Camera app suggested a feature codenamed Lasagna would appear on the Pixel 5 – Lasagna is said to be a blur effect, along with audio zoom to video, the addition of quick sharing to video, and adding flash adjustment to the camera.

How Low-Code Is Transforming The Future Of Work & Innovation

Preparing IT for the Internet of Things

IT Overhaul in an Enterprise Transformation