Acko in discussions to raise $200 million, may become India's next unicorn 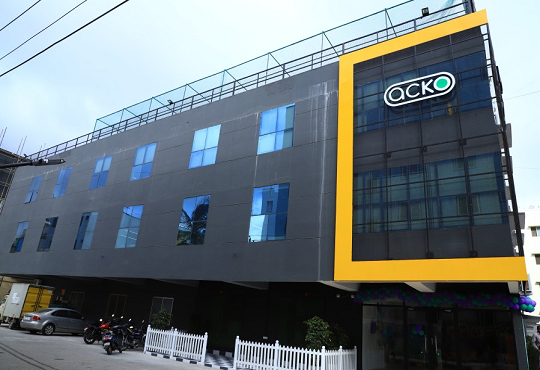 Acko is in talks to raise $ 200 million in a new round of funding that the online general insurance startup could bring to $ 1 billion, according to people who know about the negotiations. A successful deal this year will bring the startup into a rapidly growing line of newly minted Indian unicorns.

Those in the know said the Bengaluru-based company is in advanced talks with private equity majors General Atlantic and Multiples Private Equity, as well as others like Warburg Pincus and TPG, for this latest round of funding. The increased interest of venture investors in the broader financial technology sector due to greater digital adoption sparked by the ongoing pandemic is likely to help boost Acko’s rating.

“The term sheets are from some funds and the round of (funding) will be over in a month. It will more than double the company’s valuation of $ 400 million in the last round,” said one in-line person.

In addition to the private equity funds, the so-called Insurtech company is also in talks with Israel’s FinTLV Ventures, a venture capital fund that primarily invests in Insurtech and companies. It is unclear whether the old investors Amazon, Accel, and Elevation Capital will also participate in the round.

Acko was founded in 2016 by Varun Dua and Ruchi Deepak and specializes in providing car insurance for motorists and transport services. In 2020, it diversified its product mix to include health insurance. Along with its base of privately insured, the insurer also offers health insurance to registered Amazon India sellers on its e-marketplace.

The startup offers offerings in product and travel insurance segments in which it works with taxi aggregator Ola and online retailer Amazon for bite-sized insurance coverage available through their respective apps.

Acko’s premium income rose to Rs.145 billion in the March quarter of fiscal 2021 compared to Rs 94 billion in the same period last year, according to company estimates.
While business suffered a slump in the first half of 2020 due to the pandemic, the company’s newly launched healthcare business grew rapidly due to increased demand for health insurance amid the spread of Covid-19.

The startup is likely to top $ 150-175 million in premiums in fiscal 2022, according to sources close to the company who believe the online insurance provider won’t evaluate any IPO plans in the next two years.

Acko and Digit, along with Navi General Insurance, are viewed as new-age brands in the digital-first insurance industry by Flipkart co-founder Sachin Bansal.

These startups compete with the country’s business-heavy insurance sector, which has relied on offline mode to do its business for years.

In January of this year, Digit - supported by Canadian billionaire Prem Watsa -became the first startup unicorn of the year. Unicorns are privately held companies valued at at least $ 1 billion. Digit raised Rs.135 billion under the direction of existing private equity investors A91 Partners, Faering Capital and TVS Capital and valued it at $ 1.9 billion.

Unlike competitors like Policybazaar and Coverfox, Acko, Digit and others manufacture their own insurance policies as general insurance companies.

India has a total of 25 general insurance companies that collectively processed Rs 10,822 billion in premiums as of May.

Acko’s premium income in May was Rs. 56 billion (Rs. 56 billion) according to the latest IRDAI data, while Digit processed Rs. 260.4 billion.

The country’s insurance industry is exposed to severe stress due to the increased claims burden due to the pandemic. Health insurance-focused companies have suffered a blow, with Acko insiders claiming the pandemic’s impact on the startup has been muted.

“Insurtech”, the abbreviation for technology-oriented insurance startups, is a catchphrase among venture investors around the world. In 2020, the emerging sector attracted over $ 7 billion in business worldwide, according to a BCG report, making it one of the fastest growing subsectors in fintech. This dynamic is expected to increase significantly in 2021.

The only company that has defined the pure online insurance segment is China’s Zhong An, after which similar platforms have emerged in the US, Europe and India. Earlier this month, the Berlin-based insurtech startup Wefox raised $ 650 million in a round and valued the company at $ 3 billion.

In India in particular, stakeholders are particularly optimistic about the growth prospects of insurtech companies, as the country’s insurance penetration is currently among the lowest in the world, making it an open market for digital-native, challenger companies to take on established companies can.

Deep Analysis Of The Gamification Phenomenon

Half Agile is Dangerous!

Enterprise Security-Prevention is better than cure

Testing is now more about Defect Prevention than Defect Detection