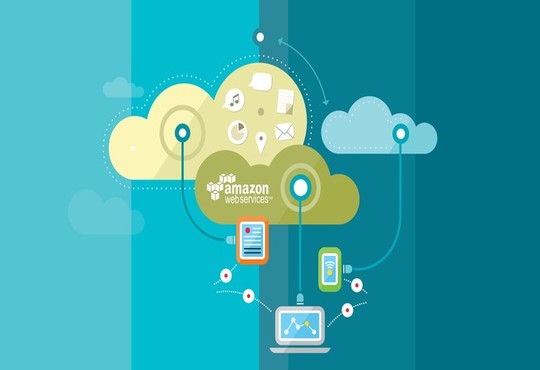 Amazon Web Services, Inc. (AWS), an Amazon.com company (NASDAQ: AMZN), announced AWS IoT, a new platform that makes it easy for devices — cars, turbines, sensor grids, light bulbs, and more – to connect to AWS services so that companies can store, process, analyze, and act on the volumes of data generated by connected devices on a global scale. Devices connect to AWS IoT’s Device Gateway, and manufacturers can set rules for how AWS IoT handles the data they send, and the actions they take when various conditions are met (such as sending an alert when a pressure sensor reports an unusually high reading or a motion detector is triggered). Connected devices are usually operated via applications that communicate with them using APIs, but devices may not always be available to respond to API calls because of intermittent connectivity or because of power constraints. AWS IoT creates a virtual version, or “shadow” of each connected device that includes all of the information about the device’s state and is always available so that applications can check the device’s status and take actions that are automatically sent to the device once it reconnects. AWS IoT provides an SDK that makes it easy for developers to use the AWS IoT functionality from connected devices, and from mobile and web applications. A number of semiconductor manufacturers also have “Starter Kits” Powered by AWS IoT that embed the AWS IoT Device SDK and offer connectivity to AWS IoT out of the box.

Today, many of the world’s leading manufacturers, developers, enterprises, and smart cities use AWS services to power a wide range IoT applications that span everything from energy metering and oil and gas production to fleet management and smart homes. However, operating highly available and reliable systems that connect and gather data from large fleets of “things” – sensors embedded in everything from manufacturing equipment and vehicle fleets, to fitness devices and homes – involves a significant amount of development and infrastructure effort. To manage this complexity, customers have had to build custom middleware that can translate device protocols (so that applications can interact with these devices) and provision infrastructure that can scale to support a high volume of simultaneous connections between cloud services, mobile apps, and an array of devices which may connect only intermittently and have limited compute, storage, or battery life. With AWS IoT, customers have a pay-as-you-go service that handles the heavy lifting involved in connecting any number of disparate devices, allowing them to securely interact with each other, cloud services, and applications while keeping them up-to-date, and collecting, analyzing, and taking action on the continuous streams of data they generate.

“The promise of the Internet of Things is to make everyday products smarter for consumers, and for businesses to enable better, data-driven offerings that weren’t possible before. World-leading organizations like Philips, NASA JPL, and Sonos already use AWS services to support the back-end of their IoT applications,” said Marco Argenti, Vice President, Mobile and IoT, AWS. “Now, AWS IoT enables a whole ecosystem of manufacturers, service providers, and application developers to easily connect their products to the cloud at scale, take action on the data they collect, and create a new class of applications that interact with the physical world.

With AWS IoT, customers can:

“At Philips we aim to empower people to take greater control of their health with digital solutions that support healthy living and improved care coordination,” said Jeroen Tas, CEO Healthcare Informatics, Solutions and Services, Philips. “Our HealthSuite digital platform and its device cloud are already managing more than seven million connected, medical-grade and consumer devices, sensors, and mobile apps. With the addition of AWS IoT, we will greatly accelerate the pursuit of our vision. It will be easier to acquire, process, and act upon data from heterogeneous devices in real-time. Our products, and the care they support, are enabled to grow smarter and more personalized over time.”

NASA and Jet Propulsion Laboratory (JPL) have instruments all over the solar system and beyond serving humanity with amazing data. Much of this data is already processed in the cloud, and it’s increasing daily. NASA’s experiments with AWS IoT have been highly positive and demonstrate that NASA can now use the compute power of the cloud to integrate and process the data provided by sensors in mobile devices, smart devices, conference rooms, clean rooms, and beyond. The AWS IoT integration with the foundational AWS services make it a very powerful platform for NASA JPL to build meaningful, connected, IoT experiences.

Diversey Care, a division of Sealed Air Corp, is the leading provider of smart, sustainable solutions for cleaning and hygiene. “We're excited about AWS IoT to provide scalable and efficient connectivity for our connected 'Internet of Clean' products,” said Dr. Ilham Kadri, President, Diversey Care. “Supporting millions of connected cleaning appliances means we have to process massive amounts of telemetry and command data from these devices reliably, with low-latency, and cost-effectively. Now we can rely on AWS IoT for that critical infrastructure, and focus on helping our customers create cleaner, healthier environments.”

Rachio makes a WiFi smart sprinkler controller that helps customers water for better results and lower costs by adjusting for weather conditions and adapting to their yard. “Building connected devices is challenging enough, but great mobile apps are the primary way customers interact with our sprinkler controllers,” said Franz Garsombke, Chief Technology Officer, Rachio. “AWS IoT’s Device Shadows greatly simplify our app development. Our apps can use AWS IoT’s secure REST APIs to retrieve the last reported state of a sprinkler controller (environmental data), or set a desired future state (watering time and amount). It means our app development can move faster than ever, and we can focus even more on building a great customer experience.”

“Our smart city products need to evolve with the needs of taxpayers over time," said Michael O'Neil, Chief Technology Officer, Intersection, one of the companies behind LinkNYC, an initiative that will replace the aging network of public pay phones into networked hubs that provide information and connectivity across New York City. “We're constantly experimenting in order to do that. AWS IoT is great for us because we can prototype quickly with SDKs for C, JavaScript and Arduino, or even choose a readymade starter kit. As our prototypes mature into production features, we can feel secure that AWS IoT will also support them at urban scale.”

It is not management of end users' devices that matters, but the empowerment of its users

How Technology is Transforming Hospitality

EMOTIONAL AI: A Picture Is Worth A Thousand Words

The Changing Face of IT