Amazon Web Services Announces that over 1,000 Databases Have Migrated to AWS since January 1, 2016 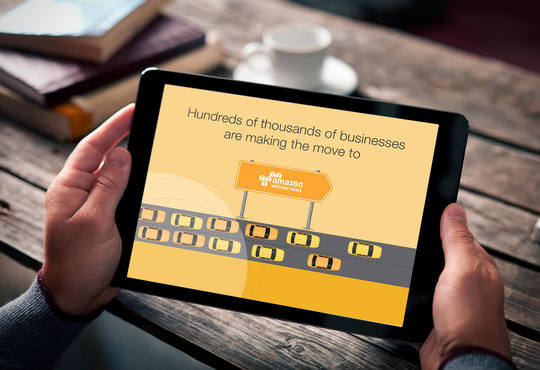 Amazon Web Services, Inc. (AWS), an Amazon.com company (NASDAQ:AMZN), announced that the AWS Database Migration Service, a fully managed service that allows customers to migrate their production Oracle, SQL Server, MySQL, MariaDB, and PostgreSQL databases from on-premises datacenters to AWS with virtually no downtime, is now available to all customers. Customers, including global enterprises and startups from a range of industries, used the AWS Database Migration Service preview to move more than 1,000 databases to the AWS Cloud since January 1, 2016. Many of these customers also used the AWS Schema Conversion Tool to switch database engines and break free from the cost and complexity of old guard commercial databases.

Customers migrating their databases to the cloud have faced a difficult choice: either take their database out of service while they copy the data (losing revenue and traffic in the process), or purchase migration tools that typically cost hundreds of thousands of dollars. The AWS Database Migration Service solves this problem by reducing the complexity, cost, and downtime of database migration, making it possible for customers to migrate terabyte-sized on-premises Oracle, SQL Server, and open source databases to the Amazon Relational Database Service (Amazon RDS) or to a database running on Amazon Elastic Compute Cloud (Amazon EC2) for as little as $3/TB and with virtually no downtime. Customers can set up their migrations in less than ten minutes. The AWS Database Migration Service handles all of the tasks involved in moving data and completing the migration. Customers can use the service to perform one-time migrations, or they can maintain continuous replication between databases without having to install or configure any complex software. The AWS Database Migration Service monitors the progress of replication and migration, notifies customers of any network or host failures, and automatically provisions a host replacement in the event of a failure. Customers pay a simple hourly fee for the compute resources they use for migrating their database. For those customers who want to transition their applications from Oracle or SQL Server to Amazon Aurora or any of the open source engines supported in Amazon RDS (MySQL, PostgreSQL, and MariaDB), the AWS Schema Conversion Tool converts database schemas and stored procedures from one database platform to another.

Thomas Publishing has been in business for over a century, connecting buyers and suppliers across all industrial sectors, evolving from an industrial trade print publisher into industry’s most respected group of digital-friendly businesses. “Faced with the challenge of rapidly growing volumes of data and the need to increase efficiency and deliver results on shorter timelines, we were confronted with unattractive options requiring significant upfront investment in both infrastructure and Oracle license expense,” said Hans Wald, Chief Technology Officer, Thomas Publishing. “We were intrigued by the possibilities when we first learned about Amazon Aurora from our partner Apps Associates, but the magnitude of effort to migrate legacy PL/SQL code seemed to rule out the feasibility of this approach at the outset. The availability of the AWS Database Migration Service caused us to take another look at this problem, and after a careful evaluation, we demonstrated that the AWS Database Migration Service automated most of the work and dramatically reduced the manual effort involved in the code migration. The AWS Database Migration Service will be a key enabler for our plans to migrate more databases to Amazon Aurora in 2016.”

Expedia, Inc. is one of the world’s leading travel companies, helping millions of travelers per month easily plan and book travel. “We are in the process of migrating some databases to Amazon Aurora,” said Kuldeep Chowhan, Principal Engineer, Expedia, Inc. “The ease by which we can do this using the AWS Database Migration Service has simplified this process for us and enabled us to accelerate our migration efforts. The ability to closely monitor the process, the detailed logging feature, and the support we received from AWS have given us a great deal of confidence in a successful migration.”

Pegasystems, whose customers include many of the world’s most sophisticated and successful enterprises, develops strategic applications for sales, marketing, service, and operations. “After testing, the AWS Database Migration Service has been shown to reduce the manual effort and time required to migrate applications from various stand-alone databases to AWS-powered datastores,” said Willy Fox, Vice President, Cloud Product and Commercialization, Pegasystems. “Now that the service is generally available, we expect to use the AWS Database Migration Service to onboard Pega Cloud customers to help realize faster value from their Pega 7 platform and strategic applications.”

Technologies that are Reshaping the Design and Operation of Datacenter Capacity

Healthcare IT Solution Delivery and the Cloud

Mobility-Reinventing the Realm of Servicing in the Insurance Sector