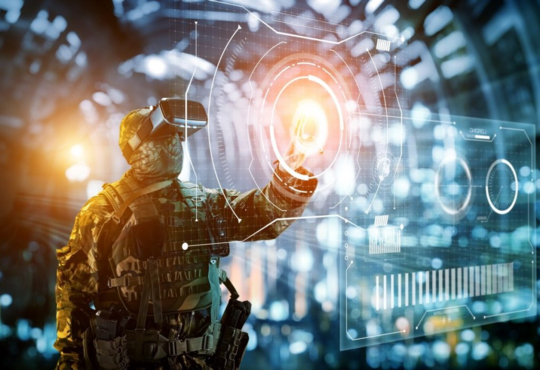 Artificial Intelligence has been emerging as a disruptive technology revolutionising every industry and military is no exception to this phenomenon. The United States Defense Department has recently released its AI strategy that presses for the increased use of AI technology in their military operations. The global Artificial Intelligence Arms Race has already begun with counties such as USA, China, Russia and Israel making significant investments in the field of AI to equip their military with AI-powered weapons.

Considering the global AI armed race and on-going tensions in the border areas with neighbouring counties, Indian Army also plans to induct AI in the army operations that would assist the Indian forces from space, ground and water to combat terrorism and secure the nation. Speaking at the seminar on AI at a military station in Hisar, Haryana, Lt Gen Alok Singh Kler said that Indian Army will use AI to enhance combat capabilities. “The army will induct AI for constructive and disruptive usage in the next 2-3 years, and the first one to use that will be the mechanised forces," said Lt Gen Kler.  "In the beginning, AI will be used to help the commanders in decision making in a constructive manner, but soon we will have to take into account the disruptive use of artificial intelligence," he added speaking about the role of AI in the warfare.

Government of India to Provide Financial Assistance to Start-Ups

Toady technology particularly AI with its immense capabilities to take accurate decisions and handle huge volumes of data more efficiently than human, has taken the central stage in the modern day warfare globally.  The Government of India had launched a scheme called Innovations for Defence Excellence (iDEX) in April, 2018 to create an ecosystem to encourage the innovation in areas of defence and aerospace by engaging with MSMEs, start-ups, individual innovators, R&D institutes & academia. Under the scheme, the government will provide them financial assistance and other kind of necessary support to carry out research and development. “The government received more than 600 applications under iDEX and 44 were finally shortlisted out of which 7 are on AI for which the government is ready to give financial support up to Rs 1.5 crore," said Mudit Narain of IDEX at the seminar on AI at Hisar Haryana.  The Defence Ministry of India had established a Defence AI Council that would provide a strategic direction towards the adoption of AI in defence. The council will guide the partnership between the government and industry and provide recommendations for the acquisition of technology and start-ups to promote AI projects on defence in the country.

Why is Security Critical For New Age Businesses

Use of RPA to Improve Employee Productivity in Pharmaceuticals

Security Continues to Evolve as External Threats And Risks

Technologies for Security of BYOD