Augmented Reality is helping boost sales in the Pandemic times 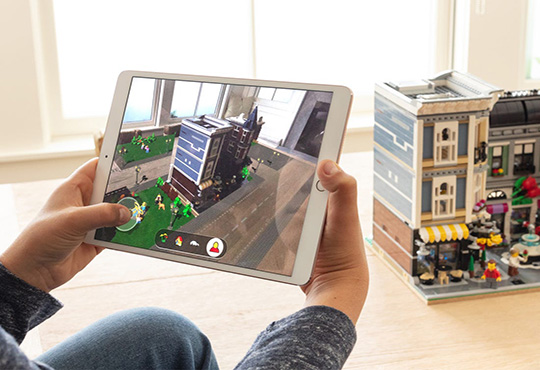 In previous decades, billions of dollars were spent on the development of both Virtual Reality (VR) and Augmented Reality (AR) technologies. Unlike VR, which is still not mainstream yet, AR had taken a different route altogether. Snap Filters and Pokémon GO introduced AR to millions across the globe, and in recent times AR has been featured in numerous brands and retail apps such as Loreal, Amazon, and Adidas, to name a few.

As countries worldwide are having to face prolonged lockdowns to stop the further spread of the Covid-19 virus, the traditional brick and mortar stores have come to a complete halt. It has resulted in many closing their shops permanently, resulting in the release of many employees. In these challenging Pandemic times, Augmented Reality has the potential to turn the tide by helping boost up sales.

AR to transform retail in the next decade

Before the Covid-19 outbreak, the brick and mortar retail stores were already in the process of decline due to the ascent of online behemoths like Amazon – the Pandemic merely catapulted the process. Recently, e-commerce giant Amazon unveiled a new AR shopping tool named ‘room decorator’ that enables consumers to o virtually place home decor items into photos of their existing homes to get a better feel about how the goods will look if purchased.

Amazon is not the only player venturing into the AR domain to boost sales. Furniture and Home Accessory giants IKEA also offers similar AR buying experience.

E-commerce and home décor are not the only segments taking advantage of AR to connect with their consumers. Fashion has become a particular centre of activity when it comes to embedding AR. For instance, Gucci released its own AR by partnering with Snapchat to make it easier for buyers to try eight of its shoes virtually!

Similarly, major sunglass brand Bolle too recently rolled out its new AR-based feature “Try-On, Try-Out,” that allows consumers to try on individual sunglass frames and get a feel for what the world will look like through the sunglasses.

With the rapid adoption of AR-based technologies, we are in for a future where consumers can virtually try on clothes that would fit them perfectly. AR would allow us to purchase the clothes confidently in the comfort of our homes. With over 2 billion AR-enabled devices, and 100 million consumers expected to shop with AR this year alone- the AR technology is prime for adoption in this decade.

This is where AR technology has been able to plug some holes and giving some kind of respite to the real estate players. Video walkthroughs have taken the real estate industry by a storm. Even after the Pandemic fizzles our, this method of viewing properties is going to stay relevant as it saves massively on time, money, and effort.

Similarly, Interior Designing firms that sit down with their clients to explain their visions are now considering AR-based models that would replicate their models online and deliver it to the customers right at their homes.

The truth is that the usage of AR-based technology will become more and more prevalent. The Pandemic has merely fast-forwarded the adoption of Augmented Reality platforms. Consumers also appreciate this new way of buying property or retail more than traditional manual purchases. Augmented Reality platforms will only get greater traction in the upcoming years as it will simplify our transactions even further.

Use of Data in Product Development in Insurance: Present and Future

Big Data and the Big Opportunities