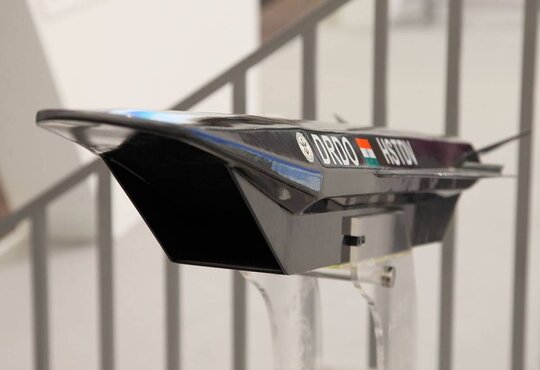 Reports state that only the United States and Russia have similar facilities, and the indigenously-developed facility has the capability for simulating hypersonic airflow and will prove crucial in India’s quest for developing futuristic aerospace and defence technologies.

Working of the Wind Tunnel

A wind tunnel enables one for carrying out testing aerospace technologies without any actual test in real-life environments. The practice of understanding how airflow affects the performance of a cruise missile, a rocket or an airplane is called aerodynamics.

In basics, a wind tunnel is just a large pipe wrapped around in a circle with a fan placed at the center and when the fan is turned on, air is blown through the pipe.

For controlling the airflow speed, the pipe is made narrower and wider at different section.

The narrower the pipe, the faster air flows should happen.

Generally, Mach 5 is considered the differentiating threshold between supersonic and hypersonic wind tunnels.

But there exist hypersonic wind tunnels capable of simulating airflow at much greater speeds upto Mach 11.

Aligned with the concerted focus on hypersonic technology by militaries across the world, a hypersonic wind tunnel is critical to configuring how a projectile could withstand immense temperatures air-flow mid-flight.

September this year, the DRDO made a huge technological breakthrough when it successfully tested the hypersonic technology demonstrator vehicle (HSTDV) powered by a scramjet engine.

It’s not a weapon by itself, yet the successful test flight of the HSTDV was significant milestone in the nation’s quest for development of hypersonic long-range cruise missiles.

The scramjet engine, an upgrade on the ramjet engine, enables supersonic combustion, allowing it to operating efficiently at speeds greater than Mach 3 (supersonic speeds). The HSTDV can achieve cruise speeds of up to Mach 6 and rise to an altitude of 32.5 km in just 20 seconds.

The American think-tank, RAND Corp has called hypersonic missiles ‘a new class of military threat’, which is capable of reaching speeds in excess of 5,000 km per hour, while retaining manoeuvrability. Hypersonic missiles can effectively penetrate missile defence systems and drastically reduce the time an adversary has to respond to an attack.

But the technology has several civilian applications in addition, it is believed that the development of the scramjet engine will allow India to launch small satellites into orbit at low cost. Currently, India has to rely on extensive facilities of the other nations in this regard.

Social Media Analytics in the Banking Industry: How can it improve the bottom line