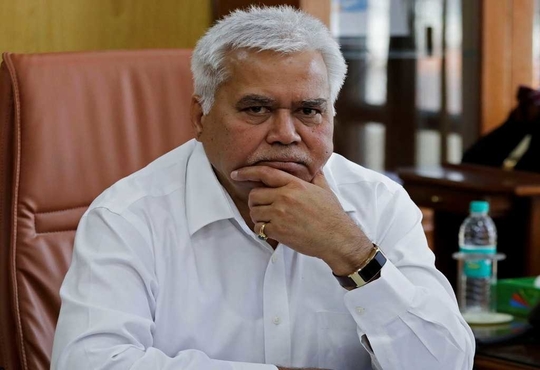 RS Sharma, the telecom regulator, said, “India’s telcos will have to make an investment in top dollars in rapping up the digital infrastructure for scaling networks higher and inline to the huge data demand.”

Borje Ekholm, Group Chief Executive, Ericsson, said, “Incentivising investments for the digital infrastructure is what India requires. It includes creating a spectrum at a reasonable pricing and pacing-up the speed of airwaves availability to telcos.”

The Telecom Regulatory Authority of India’s chairman, Ram Sewak Sharma, said, “Supplying to the demand for the increasing data communication and simultaneously providing machines (in huge numbers - billions), and communicating technology, is the toughest challenge industry faces in the coming five years. This means heavy investments in the field of digital communication infrastructure.”

He also said that the efforts for fulfilling the exceeding mobile data surge, seeks increase cooperation at the horizontal level, aligned with the several economic sectors. The different sector regulators, need to join hands, and witness the successful digital transformation of numerous industries.”

As per his voice, the telecom infrastructure is a major component that connects people and an ever-important facility for making digitalization real.

Ekholm stated that there is a significant rise in data traffic in the world. In India, amidst the pandemic, the major service providers report 10-20 percent data traffic growth. He explained that during the lockdown, the average time allocated for mobile broadband increased by one hour (globally on average). However, in India, the average time increased by 2.2 hours/day, highlighting the worth of mobile broadband among the Indian users.

Ekholm said his belief entrusts on taking actions for incentivizing the investments in the digital structure, as India’s digital infrastructure grants 5G, it will act as the catalyst for the Indian industry innovation and fast digitalization, centering on notifiable economic progress.

Shape IT with Latest Business Trends