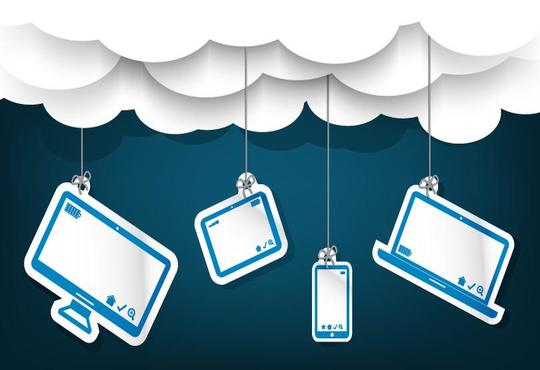 DigitalOcean, the cloud for developers, today announced the release of its object storage product: Spaces. Spaces provides a scalable and cost-effective way to address even the most complex storage needs within the same developer-friendly and easy-to-use UI that DigitalOcean is known for. In conjunction with today’s news, the company also released the results of DigitalOcean Currents, its inaugural quarterly report on developer trends in the cloud. Along with general insights, the survey includes several key findings on developers’ use of, and requirements for, object storage.

“As cloud-based applications expand, both in volume and individual size, the importance of static assets from images to logs grows with them,” said Stephen O'Grady, Principal Analyst with RedMonk. “DigitalOcean’s addition of object storage with Spaces is intended to meet exactly this demand from users, in simple fashion.”

Spaces was born in response to thousands of requests from the DigitalOcean developer community, and comes after opening up early access to almost 90,000 users. The product is well-suited for hosting web assets, acting as the origin for CDNs, storing user-generated content such as images and large media files, archiving backups in the cloud and storing logs. Spaces is DigitalOcean’s seventh new offering in 18 months. Highlights include High CPU Droplets, Monitoring, Cloud Firewalls and the expansion of Block Storage into new regions.

“Spaces is the most important product we’ve released since Droplet, the first SSD-based compute instance in the market,” said DigitalOcean CEO Ben Uretsky. “DigitalOcean is becoming the developer’s platform, providing storage, compute and networking capabilities to scale applications of any size. Despite the technical complexity of launching a product like this, we’ve worked incredibly hard to ensure Spaces maintains the same ease-of-use and effortless UI as our other products. We wanted to simplify the way developers can innovate so they can spend time building great software.”

Developers can easily manage all of their data from the Spaces UI, deploying in just a few seconds with minimal configuration effort and uploading multiple files to a Space with a quick drag-and-drop. To make it easy to get started, Spaces works with many existing AWS S3 compatible tools. It is available to current customers as part of the existing suite of products and services. Pricing starts at $5 for 250 GB of storage and 1 TB of outbound transfer. Additional storage is available for 2 cents per GB per month, and 1 cent per GB served out to the internet. Uploads to Spaces are free and all users can sign up for a two-month free trial.

“After our production launch, we expect that millions of VR content creators and server operators will have the need for exabytes of new digital storage for the virtual reality environments they have created,” said Philip Rosedale, CEO and Founder of High Fidelity. “Spaces is perfectly designed to make this process far easier, sidestepping the complexities of typical hosting products. We are very excited to be able to offer Spaces to our community and to integrate even more deeply in the upcoming months with DigitalOcean.”

“Spaces - our object storage product, enables developers to store and serve any amount of data with automatic scalability, performance, and reliability. Pricing for current object storage products is complex and hard to forecast and businesses continue to generate massive amounts of data. We have extended our simplicity not only to our product design but also the way we’ve priced our product and the result is transparent pricing up to 10x cheaper than competitive solutions - with no surprises!” said Prabhakar Jayakumar, India Country Manager, DigitalOcean.

Some HR Challenge in the Integrated Facilities Management Industry

Moving towards an Intelligent, Networked and Boundary less World