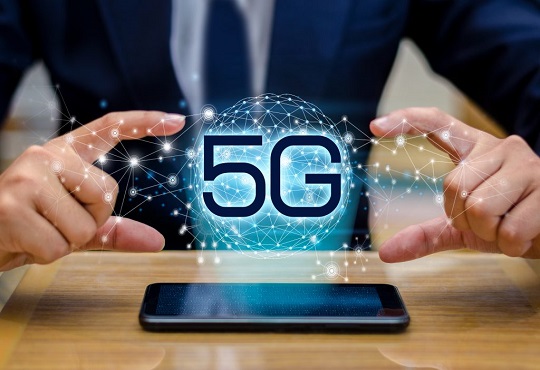 The Department of Telecommunications (DoT) has allotted 5G trial spectrum in the 700 Mhz, 3.5 Ghz and 26 Ghz bands, paving the way for Reliance Jio, Bharti Airtel and Vodafone Idea (Vi) to team up with non-Chinese network vendors and develop India-relevant use cases on the next-gen fast wireless broadband technology.

The DoT’s wireless planning & coordination (WPC) wing allotted “100, 800 and 10 units of experimental 5G airwaves to the Big 3 telcos in the 3.5 Ghz, 26 Ghz and 700 Mhz bands respectively,” a senior telco executive told. The 5G trial airwaves have been allocated for six months, he added.

Allotment of 5G trial spectrum is particularly crucial for Jio and Airtel, who already have 5G-ready networks and have recently bulked up on crucial airwaves in the recent auction to cater to the surge in data usage amid Covid and also future-proof themselves ahead of 5G rollouts.

DoT’s decision also marks the first official allocation of 5G trial spectrum in the coveted 26 Ghz millimeter wave (mmWave) band that ranges from 24.25-to 28.5 Ghz frequencies. Telcos have repeatedly underlined the criticality of the 26 Ghz mmWave band for bolstering the 5G business case, without which deployment costs of fifth- generation fast wireless broadband networks could jump several-fold and make 5G services unaffordable to consumers in India.

Emails sent to all three private telcos on the matter didn't immediately elicit a response.

Earlier this month, DoT had said telcos would be given experimental airwaves in mid-band (3.2-3.67 Ghz), sub-Ghz (700 Mhz) and mmWave band (26 Ghz) to run 5G trials for six months. So far, only mid-band spectrum in the 3.3-3.6 Ghz bands have been earmarked by the government for 5G services. The department had also said that telcos would also be allowed to use their own airwaves in the 800 Mhz, 900 Mhz, 1800 Mhz and 2500 Mhz bands to conduct 5G trials.

The names of Chinese network vendors, Huawei and ZTE were missing from the original list of applications from telcos that were approved by the government earlier this month, sending a clear signal that the two gear makers would not be part of India’s 5G deployments as well.

Industry executives said the latest allotment of experimental 5G airwaves is also set to pave the way for inclusion of the coveted 26 Ghz mmWave band and mid-band 5G spectrum (read: 3.3-3.67 Ghz) in the updated National Frequency Allocation Plan (NFAP-2021) - a key spectrum policy document that is undergoing revision. This is aimed to underline the government’s plans to go for a comprehensive auction of multiple 5G bands. DoT is yet to schedule a 5G spectrum sale.

It, though, is set to send a referral to the Telecom Regulatory Authority of India (Trai) to suggest reserve prices for all spectrum bands cleared for 5G trials, including 26 Ghz, 3.3 - 3.67 Ghz and 700 Mhz in the run up to the next auction. This could lead to Trai cutting the earlier base prices of the premium-sub-Ghz 700 Mhz band that went unsold for the second auction in succession in March as well as mid-band 5G spectrum that have been termed by telcos as exorbitant.

The DoT is also likely to ask the regulator to set a base price for the 600 Mhz sub-Ghz band, which has not been auctioned previously.

Mobile Architecture: Housing Security as a Foundation Component to Design and Deploy Mobile...