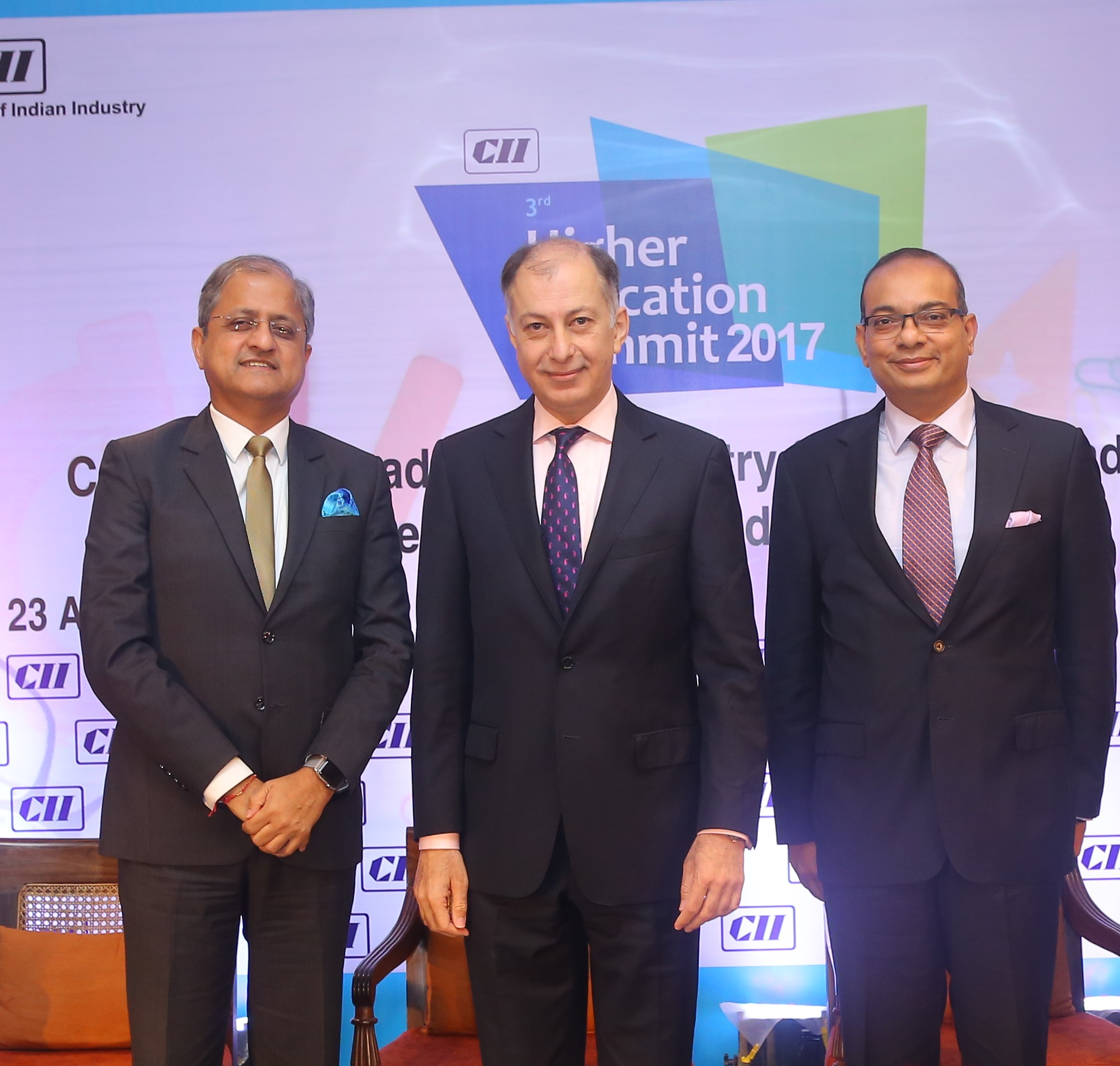 Should the Government continue to play a major role in evolution of higher education, or should it be a public-private partnership which would ensure academics remained ‘in sync’ with future growth prospects? And, in a dynamic, ever-changing world, how would one define a ‘future ready’ work force?

Going beyond the aspect of academics creating human resources which would be ‘job ready’, the 3rd Edition of Higher Education Summit, organized by Confederation   of   Indian   Industry (CII), Western Region on 23 August 2017 in Mumbai, focused on the role that institutes of higher education play in creating a future-ready workforce – thus helping re-define the new paradigm.

Ninad Karpe, Chairman, CII Western Region & Director, Aptech Ltd, in his Special Address, explained how some years ago, at any student interaction, the question ‘how many wanted to create jobs for others (i.e. become entrepreneurs)’ usually had about 20 per cent of students responding positively, has dramatically changed to almost 75-80 percent opting for it today.

“With 15 million youngsters entering the workforce each year, more than 75 per cent are not job-ready. We aim to correct this anomaly with concrete measures. The new technology disruptors such as robotics, Artificial Intelligence (AI), big data in the mainstream mandate need for new skills set, education to help create new job opportunities. We must put together a cohesive program for industry, educators to work in tandem enabling job-ready youth such as CEO Connect, Educate the Educators, which would only foster better learning between the industry and academia,” said Keshav R. Murugesh Chairman, CII WR Sub-committee on Higher Education & Group CEO, WNS Global Services.

In his Keynote Address, Dr Naushad Forbes, Immediate Past President and Co Chairman, Forbes Marshall Ltd. said he saw the need for numbers in higher education to maintain a balanced growth rate similar to those of education at the bachelor level. He explained that over a period of 30 years, number of students who did their Bachelors in Engineering had grown 40 times, in the same time-frame, students doing their Doctorate and Masters in the same stream had grown by just 3 per cent. This obviously resulted in a shortage of guides, mentors and teachers needed to ensure academics could handle the new challenges that came up.

A first-of-its-kind Leadership Panel, with CEOs and industry stalwarts, focused on the importance of a connect between academia and industry to ensure not just creation of future-ready human resources but also for encouraging entrepreneurship.

Responding to queries from the audience, the panel members largely concurred with Rajiv Vaishnav on the aspect of change being the only constant, if being future ready was the goal.

“Teach ‘learn-ability’,” was Dr Ganesh Natarajan’s catch-phrase, while the ‘Cs’ – curiosity-creativity, collaboration and compassion were mentioned by Dr Indu Shahani. She suggested higher education should help students ACE the process, the acronym translating into: Agility, Change and Ethics. The need for fire-fly effect in higher education was mentioned by Harish Mehta, while stressing on the need to focus on domain knowledge. Keshav Murugesh said the lowering of employability was directly related to the curriculum having remained textbook oriented, which was out of place in a world where business disruptions were the norm.

The Summit brought together stakeholders from industry, academia and policy-making to lead discussions on ways to make higher education more effective and rewarding. A knowledge sharing platform for key stakeholders, it discussed ways to identify policy impetus required to produce the desirable ‘Global Human Capital’.

It is not management of end users' devices that matters, but the empowerment of its users

Embedding Security as a part of SDN system