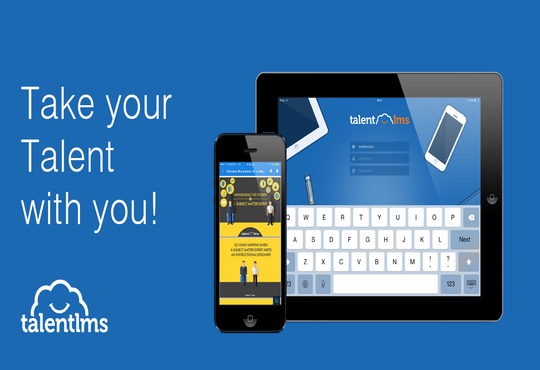 The new release introduces several new features in the area of Reporting and Messaging, as well as an assortment of smaller features and workflow improvements.

Specifically, TalentLMS' reporting features got several new customization options, such as the ability for users to add, remove and reorder columns, and to add their own custom User Fields to reports.

This release also sees the introduction of the all-new "Learning progress" report type, which gives learning managers an overview of the course progress that can be narrowed down to only include a specific subset of users.

Last, but not least, there's an added infographic visualization added, titled "User Infographic" and designed to give the most important information about a user's account at a glance.

TalentLMS' messaging system has also been revamped in this release, with improvements including the ability to forward emails, to include individuals to replies, as well as a WYSIWYG editor for easier composition of rich messages.

The Grid Export functionality has also been extended to cover the full grid and not the current page -- allowing users to export up to 50,000 rows at once, instead of page by page, as was the case before.

Smaller features and workflow improvements include:

·    Support for the date-time field type.

·    Easy way to switch between course edit and report mode

The autumn TalentLMS update has been rolled out to the TalentLMS Cloud and is available for all subscription tiers.

Blockchain Based Cybersecurity For IoT