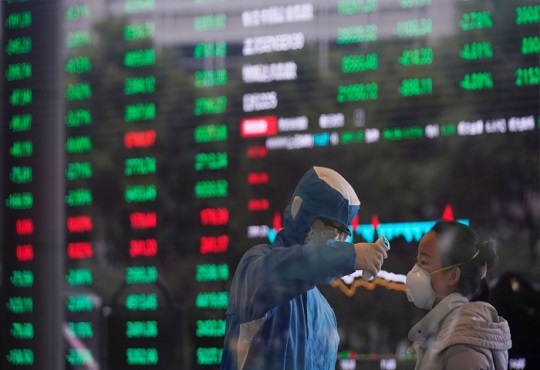 The world economy is entering into its worst phase since the recession of 2008 due to outbreak of coronavirus. According to a report by OECD, the global economy is set to grow only 2.4 percent this year, a down from 2.9 percent in November which is the lowest since 2009. The report said that the global economy could recover and grow at 3.3 percent in 2021, assuming that the coronavirus will be controlled soon. However, if the virus spreads throughout Asia and North America where it has minimal impact currently, the growth rate could settle down at a mere 1.5 percent, said the Organisation for Economic Co-operation and Development urging the governments and central bank to fight back the virus to avoid recession.

Minimal Impact on India and the US

The special interim economic report of the OECD forecasts India’s GDP to grow at 5.1 percent during the FY-2020, and will growth rate would improve to 5.6 in the following year.  The impact of the virus is so severe on China that its growth will be down to 4.9 percent, a 30-year low, from 5.7 percent in November. The impact of the virus is limited on the economy of the USA whose growth rate is expected to be 1.9 percent, a minimal fall from 2.0 percent in November, and it would become 2.1 percent in 2021, as per the report.

Revival Possible, But Only After Strict Control Measures

“The main message from this slowdown scenario is that it would put many countries into a recession, which is why we are urging measures to be taken in the affected areas as quickly as possible. We don't want to add a financial crisis to the health crisis,” said OECD Chief Economist Laurence Boone. The impact of coronavirus first found in China is being felt across the world in many counties including India, Iran, the USA, Europe, etc. The spread of coronavirus risks is seen as a major threat to global economy that is already witnessing slowdown due to political and trade tensions across the globe. Hence, governments need to take immediate measures to control the rapid spreading of the virus.

Enterprise Asset Management Do You Have What You Need?

The Many Benefits of Virtualization

Consumer Insight, Experimentation and Other Winning Strategies for the Insurance Disruption Game