Google Appoints Alan Mulally to its Board of Director 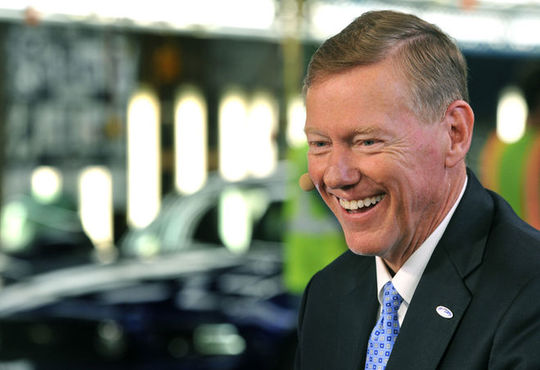 Google Inc. announced it has appointed Alan Mulally to its Board of Directors. A veteran corporate executive of the automotive and aviation industries, Mulally will serve on Google’s Audit Committee. His appointment was effective July 9, 2014.

“Alan brings a wealth of proven business and technology leadership experience,” said Larry Page, CEO of Google. “I am so pleased that Alan is now joining Google’s board!”

“I am honored to serve on the board of a global iconic company that is dedicated to enhancing our lives,” Mulally said. “I look forward to working together with the Google board and management team to continue to deliver their compelling vision.”

Mr. Mulally served as co-chair of the Washington Competitiveness Council and sat on the advisory boards of NASA, the University of Washington, the University of Kansas, the Massachusetts Institute Technology, and the U.S. Air Force Scientific Advisory Board. He is a member of the U.S. National Academy of Engineering and a fellow of England’s Royal Academy of Engineering.

Mr. Mulally holds a Bachelor of Science and Master of Science degrees in aeronautical and astronautical engineering from the University of Kansas, and a Master’s degree in Management from the Massachusetts Institute of Technology as a 1982 Alfred P. Sloan fellow.

What is edge computing and why it is gaining popularity in a COVID-19 affected world?

The Role Of Technology In Mutual Fund Industry