How is AI helping Businesses Augment their Intelligence? 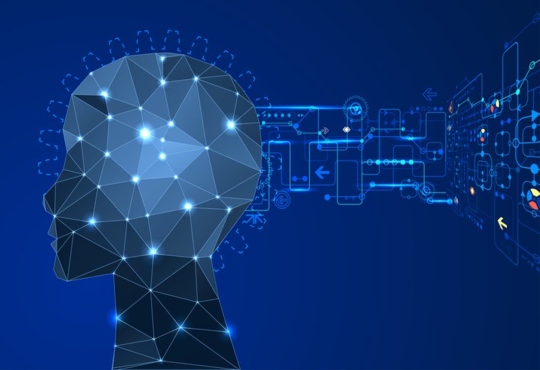 Disruptive Technology such as Artificial Intelligence (AI) is the current buzzword in the tech industry and has started stepping beyond a mere emerging technology. Futuristic predictions by PwC also foretells that, using AI for environmental applications could boost the global economy by up to $5.2 trillion in 2030, which is a 4.4 percent increase on the business-as-usual scenario, while reducing GHG emissions worldwide by 4 percent, which would be equivalent to the 2030 annual emissions of Australia, Canada and Japan combined.  "Some people call this artificial intelligence, but the reality is this technology will enhance us. So instead of artificial intelligence, I think we'll augment our intelligence." said Ginni Rometty, CEO at IBM.

Here are some of the trends in Artificial Intelligence 2019:

An Artificial Intelligence form, which develops algorithms called artificial neural networks working by modeling the human brain function and structure. Numerous areas of Artificial intelligence technology like computer vision, autonomous vehicles, and automatic text generation and so on are the fields where deep learning use is at its peak.

Benefitting the future apps from the automobile and healthcare industries to provide intelligence to end-users, these chips will be optimized for particular utilization and scenarios concerning computer vision, speech recognition, and natural language processing. This year, chip manufacturers like NVIDIA, Intel, ARM, AMD, and Qualcomm will ship specialized chips capable of making the execution of AI-enabled applications much faster.

Considering the fact that face is a unique identity of an individual and plays a significant role in communicating with other persons in society, facial recognition has gained a global importance and is unfurling the benefits of Artificial Intelligence future trends - 2019 is witnessing a drift in the usage of this application with precision and reliability.

Although, Artificial intelligence is poised to be one of the biggest things to hit not only technology industry but many other industries in the coming years, doesn’t mean it comes free of challenges. With bias being one of the biggest challenges facing AI today, even the computing power necessary to process massive volumes of data to build an AI system, and utilizing techniques like deep learning, is unlike any other computing power challenge that has been previously faced in the tech industry.

Cooey Technologies: Revolutionizing Healthcare with the Power of IoT

Running The Data Warhorse In the Business Track