How the Startup Ecosystem is Booming in India 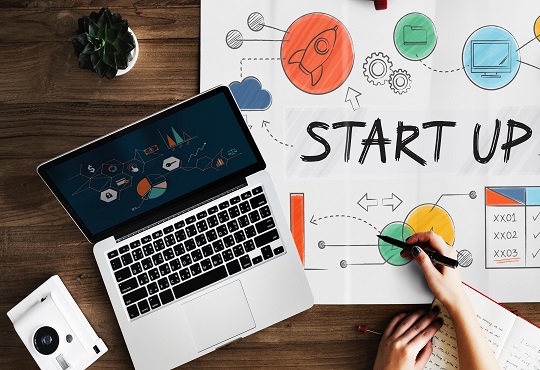 Start-ups in India continue to witness rapid growth building an ecosystem of un-restrained technology innovation. Recently, NASSCOM in collaboration with Zinnov released the annual start-up study, titled “Indian Tech Start-up Ecosystem: Year of the Titans”. Owing to the rising investor confidence, startups are not only leveraging deep-tech, but are also tapping unexplored talent pool, therefore, the Indian tech startup base continues to witness steady growth, and it added over two thousand, two hundred and fifty startups in the year 2021.

In the year 2021, Startups raised USD 24.1 billion, which is a two-fold increase over pre-covid levels. When compared to 2020, there was three times increase in the number of high-value deals (deals greater than USD 100 Million), which demonstrated investor confidence with a pool of active Angel investors of two thousand four hundred plus and the preparedness to take significant risks. While the worldwide involvement is growing, the US remains the leading source of foreign direct investment in start-ups and Fifty percent of the deals had at least one India-domiciled investor.

The startup ecosystem witnessed two times profit in cumulative valuation from the year 2020 to 2021, with an estimate of USD 320 to USD 330 billion. This demonstrated the industry’s development and recovery throughout the pandemic. In the past decade, the ecosystem has played a pivotal role in proliferating direct as well as indirect job opportunities which led to the creation of 6.6 lakh direct jobs and 34.1 lakh plus indirect jobs. The sectors that witnessed the most net new job creation included FoodTech, EdTech, BFSI, SCM & Logistics, mobility, and retail and retail tech.

Speaking on the occasion, Debjani Ghosh, President, NASSCOM, said, “The performance of the Indian startup ecosystem in 2021 has proved the resilience and dedication being put by multiple startups across segments. The ecosystem has grown immensely and positioned itself as a vital contributor to the growth of India’s digital economy. With record-breaking funding, an increase in the number of unicorns, jobs being created in the near term, the Indian startup ecosystem’s future looks even brighter going ahead in 2022”.

Factors such as Building for Bharat, Talent Availability coupled with Ecosystem support are enabling entrepreneurs to leverage emerging hubs to build businesses and they are developing solutions for the whole of India with a focus on fundamental and core requirements, localization, and the promise of delivering equality to the masses.

While in micro-verticals such as Fintech as well as Edtech, the high-value startups emerged quicker than ever this year, BFSI, retail and retail tech, enterprise tech, and EdTech reign supreme in terms of maturity & investments. Banking Financial Services and Insurance witnessed a breakout year, which accounts for thirteen Unicorns additions and thirty-five plus potential Unicorns: and twenty-five percent of investments in 2021. Manufacturing, Agri tech, social platforms, & Industrial automotive witnessed a significant uptick.

India accounting for seventy unicorns added a record number of new unicorns which is forty-two in 2021 across eighteen sectors, third-highest after China and the US with a cumulative valuation of newly added unicorns that standing around USD 90 Billion. The pipeline of potential unicorns expanded dramatically through 2021 reaching one hundred and thirty-five, and six times increase in global unicorns with Indian technology center when compared to the year 2015.

Pari Natarajan, CEO, Zinnov, opined, “When compared to the UK, US, Israel, and China, 2021 has been an outstanding year for the Indian startup ecosystem, with the highest growth rate in terms of deals, both in seed-stage and late-stage funding, and the number of startups. Indian firms have done an outstanding job of selling into global markets, notably in categories such as global SME and developer ecosystem. The fact that Indian startups are digitally native serves as an excellent model for digital-native enterprises throughout the world. I believe that the Indian startup ecosystem is just getting started. It’s Day Zero and we are super excited about the potential of the startup ecosystem over the next decade, onwards and upwards.”

Time for Organizations to become Wary and Resilient

The CIO challenge: Taking IOT from Information to Learning

Future of IoT with Focus around Logistics