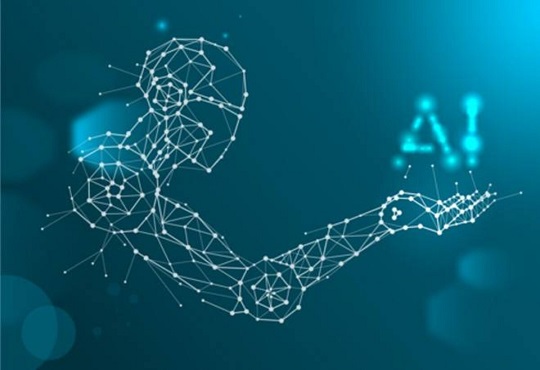 The adoption of artificial intelligence (AI) and data utilisation strategy can add $500 billion to India's GDP by 2025, a new Nasscom report showed.

The AI adoption in four key sectors -- BFSI, consumer packaged goods (CPG) and retail, healthcare, and industrials/automotive -- can contribute 60 per cent of the total $ 500 billion opportunity, according to "AI Adoption Index" Nasscom, EY and Microsoft, EXL and Capgemini.

Though the current rate of AI investments in India is growing at a compound annual growth rate (CAGR) of 30.8 per cent and poised to reach $881 million by 2023, it will still represent just 2.5 per cent of the total global AI investments of $340 billion.

This creates a massive opportunity for Indian enterprises to accelerate investments and adoption of AI to drive equitable growth across sectors.

For India to achieve its $1 trillion GDP goal by FY 2026-2027, it needs to have a strong correlation to the maturity of AI adoption, the report noted.

"The pandemic has made it absolutely time critical for organisations to move from data & technology silos to building specialised AI capabilities at scale across sectors combined with a structured data utilisation strategy," said Debjani Ghosh, President, Nasscom.

With rapid scaled digitalisation, Indian enterprises have already embarked on their AI journey.

As per the report, 65 per cent of organisations have AI strategy defined either at a functional or enterprise level.

With a burgeoning number of STEM graduates and digital natives, India is one of the biggest talent hubs for AI.

"However, rapid growth in AI applications has led to a surge in hiring for AI professionals. While the talent pipeline has grown over the past two years, a rapid jump in talent demand has caused a supply demand gap," said the report.

As per the findings, 44 per cent of businesses already have a dedicated or a cross-functional AI team structure, while 25 per cent rely fully on outsourcing as their primary source for AI talent.

The use of AI in improving healthcare systems can potentially generate $25 billion of economic value add for India by 2025, the report noted.

A Glance Into Evolution Of Wearables And Connected Fitness

Telecom Service Providers Need To Embark On A Transformation Journey

Being Flexible and Scalable