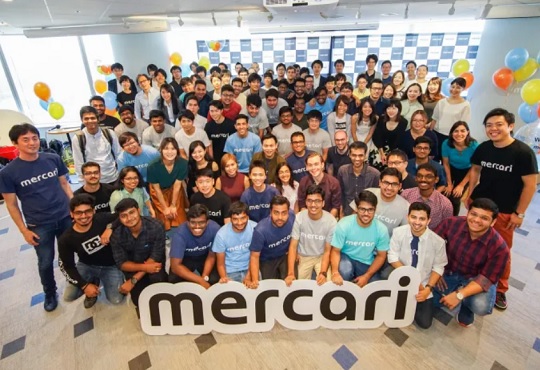 In an effort to accelerate its growth as a global tech player, prominent Japanese C2C marketplace, Mercari, Inc. is all set to establish a Center of Excellence in Bengaluru, which is expected to leverage Mercari’s network between Japan and India to support international breakthroughs. The center, which will be fully operational in June 2022, will house around 50 to 60 software engineers and other tech talent workers to develop IT service solutions for Mercari’s domestic business in Japan as well as for Mercari US. Over the next couple of years,  Mercari is looking to grow its India operations as their third largest base following Japan and US.

“As a company that incorporates diverse perspectives, India will continue to remain a key focus area for Mercari, given the highly qualified and vast talent pool that is available in the country. Mercari has been actively recruiting from India and at present, roughly 50% of the engineers at Mercari’s Tokyo office comprises non-Japanese engineers. Strategic software development requirements for Mercari will be carried out at this Center of Excellence in conjunction with software developers at Mercari in Japan and the US. Being one of the largest e-commerce players in Japan, our focus is to create value in a global marketplace where anyone can buy & sell, and on maintaining consistent customer satisfaction by employing suitable tech solutions. Over the next few years, we plan to increase our headcount to support Mercari’s international endeavors and will look to recruit talent mainly from Bengaluru.” said Ken Wakasa, Mercari, Inc.

In addition to its core businesses, Mercari has launched new businesses namely Mercoin, Inc. its crypto-asset and blockchain business, and its logistics service Merlogi, Inc. The India Center for Excellence will provide tech support to these businesses as well. Mercari’s Center of Excellence in India will be a wholly owned subsidiary of Mercari, Inc. led by Ken Wakasa, Managing Director, along with Mohan Bhatkar, Head of Engineering and Junichi Nozaki, Head of Corporate.

About Mercari: Mercari is a Japan-based C2C marketplace company founded in 2013 with the mission to “Create value in a global marketplace where anyone can buy & sell.” From being the first tech unicorn from Japan before its IPO in 2018 we have come a long way towards becoming a global player and continuously and diligently work towards our transformation journey with strong focus towards our mission.

The Challenges are yet to be Addressed

Cyber Security: One Of The Most Important Infrastructures In A Company

How to thoroughly analyze test runs in a particular cycle

Digital Transformation Journey of an Organization