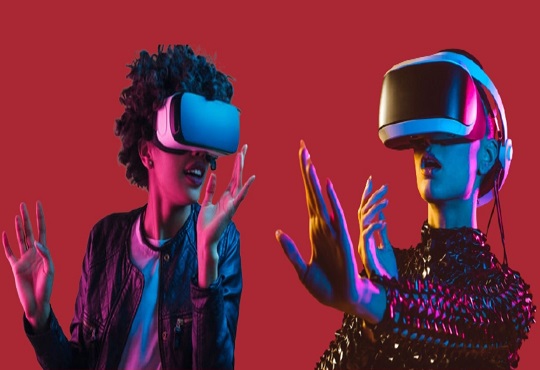 To a certain extent discussing what metaverse today is similar to the kind of discussion people had in the 1970s about what “the internet” is. No one could know or understand what the reality will look like. Therefore, although it was true in that period of time that the internet was coming, not every idea of what it would look like was actually true.

On the contrary, there is also marketing hype which is actually wrapped up in this idea of the metaverse and FB/Facebook in specific is a vulnerable place after Apple’s move to limit advertisement tracks that hit the company’s bottom line.

The Metaverse is actually a concept of an online, 3D, virtual space connecting users in all aspects of their lives. Metaverse would connect numerous platforms which are similar to the internet comprising diverse websites that are accessible using only a single browser.

The Metaverse concept was developed by Neal Stephenson. It was first used in the science-fiction novel Snow Crash. Although the idea of it was fiction once, it looks like it could be a huge reality in the near future.

How the metaverse will be driven is by using AR, where each individual user takes control of a character/avatar. For instance, one may take a mixed reality meeting with an Oculus Virtual Reality headset in his/her virtual workplace, then complete his work, and relax in one of the block-chain based games, and then finally manage his/her crypto portfolio as well as finances all inside the metaverse.

“As the virtual and physical worlds converge, the metaverse…is emerging as a first-class platform,” Nadella said in April 2021 during a quarterly earnings call. Microsoft’s gaming communities, like “Minecraft” and its then-140 million monthly users, could grow into huge commercial marketplaces “as games evolve into metaverse economies,” he added.

We can already see some aspects of the metaverse in current/existing virtual video games such as Fortnite or Second Life. It can also be seen in work socialization tools such as Gather.town which brings together numerous elements of human lives into online worlds. Although these are not the exact metaverse, they are somewhat similar.

“When we talk about the metaverse, we’re describing both a new platform and a new application type, similar to how we talked about the web and websites in the early ’90s,” Nadella said in a keynote address at the conference. “It’s no longer just playing a game with friends. You can be in the game with them.”

Why are these video games linked to the metaverse

Owing to the emphasis on 3D VR, video games render the closest metaverse experience at present. It is not only just because video games are 3D, but now they render services as well as features that cross over into numerous other aspects of human lives. For instance, Roblox – a video game actually hosts virtual events that include meetups as well as concerts. And therefore, players not only play the game but also utilize it for other activities. One such example is where 12.3 million players participated in Travis Scott’s virtual in-game music tour, - the multiplayer game Fortnite.

“If you take ‘Halo’ as a game, it is a metaverse. ‘Minecraft’ is a metaverse, and so is ‘Flight Sim,’” Nadella told Bloomberg in November. “In some sense, they’re 2D today, and the question is: ‘Can you now take that to a full 3D world?’ And we absolutely plan to do so.”

Cryptocurrencies would be a great fit for a metaverse as they allow for building a digital economy with numerous types of utility tokens as well as virtual collectibles. From the use of crypto wallets such as Trust Wallet and MetaMask, the metaverse would also be benefitted. Furthermore, blockchain technology can offer transparent as well as reliable governance systems.

Blockchain, metaverse-like applications already exist and render users with liveable incomes and one such play-to-earn game that most users play to support their income is Axie Infinity, while SecondLive & Decentralized are other examples of mixing the blockchain world & VR apps.

Although tech giants are trying to lead the way, the decentralized aspects of the blockchain industry are allowing smaller players to take part in the development of metaverse as well.

Although a single, as well as a united metaverse, is still likely a long way away, we are already seeing developments that would result in its creation and it looks to be still another sci-fi use case for crypto and blockchain technologies. However, in the meantime, we are already seeing metaverse-like or projects similar to the metaverse and continue to integrate blockchain more into our day-to-day lives.

5 Strategies To Reduce Your Cloud Cost