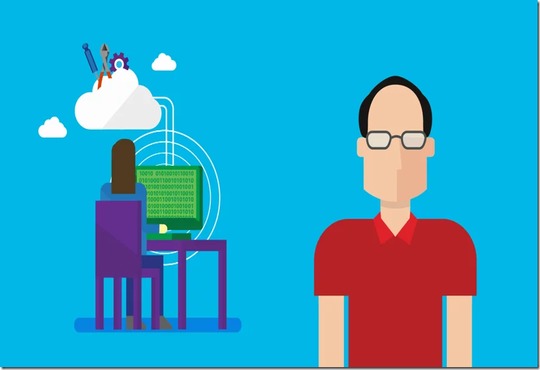 "Microsoft is the only cloud vendor that supports the diverse needs of every organization and developer — from core infrastructure services to platform services and tools to software-as-a-service — for any language, across any platform," Guthrie said. "With 30 regions worldwide — more than every major cloud provider combined — Azure's massive scale means developers and businesses alike can focus on creating the next generation of amazing applications, not their underlying cloud infrastructure. This makes our cloud the de facto choice for enterprises of today and tomorrow — and today, more than 85 percent of the Fortune 500 agree."

"In terms of reach, Office is one of the few platforms in the world that provides developers with access to over a billion users across a variety of devices," Lu said. "The opportunity to build on the Office platform has never been greater. With new extensions and new connections to the Microsoft Graph — an intelligent fabric that applies machine learning to map the connections between people, content and interactions across Office 365 — developers are empowered to build intelligent apps that can transform the landscape of work."

Guthrie announced on Thursday that Microsoft is helping developers more easily build native cross-platform mobile applications by including Xamarin's capabilities in Visual Studio Community and also making Xamarin Studio for OS X free as a community edition. In addition, Visual Studio Enterprise subscribers will now have access to Xamarin's advanced enterprise capabilities at no additional cost. The company also announced a commitment to open source the Xamarin SDK, including its runtime, libraries and command line tools, as part of the .NET Foundation in the coming months.

With these announcements, Microsoft extends its commitment to offering choice and flexibility to every customer across every platform and device — merging the .NET and Xamarin ecosystems together to provide an unmatched mobile development and DevOps experience. Now developers can deliver fully native cross-platform mobile app experiences to all major devices, including iOS, Android and Windows.

Guthrie also announced several new Azure services designed to help developers address today's operational realities and take advantage of tomorrow's emerging trends, such as the Internet of Things and microservices. These new capabilities are designed to make Azure the best platform to build the next intelligent app — on Linux or Windows using any language:

Microsoft's Lu, along with Office partners Starbucks Corp., MDLIVE Inc. and Zendesk Inc., showcased how developers can use the Office platform to create new business opportunity and closer customer connections.

Starbucks CTO Gerri Martin-Flickinger showed how Starbucks is developing an Outlook add-in that allows people to send gift cards within Outlook and schedule meetings at nearby Starbucks locations.

"We're always looking for new ways to engage with our customers outside our stores," said Martin-Flickinger. "Our work with Office is opening up new opportunities for us to connect with our customers and save them time when they want to combine coffee with meetings. Building on the Office platform is reaching our customers right on their desktop or device and extending the Starbucks Experience to them in new and compelling ways."

The Microsoft Graph, made generally available last fall, offers developers unified access to insights about how workers can be more productive. Microsoft previewed six new APIs for the Microsoft Graph that let developers link Office 365 data to third-party solutions. For example, one extension automatically compiles and exposes a list of times a group of people are available to meet, making it easier to work across organizations.

Lu also shared how conversational interaction will evolve in the future and how developers can immediately start building apps that engage users in meaningful conversations. The new Skype for Business App SDK and Skype Web SDK announced Thursday allow companies to integrate Skype calls directly within their Web or device offering, greatly enhancing the service and connection they can provide to their customers.

The company also showed off new functionality that lets developers build apps and place them directly into Word, Excel and PowerPoint ribbons.

Finally, the developer portal for Office 365 Connectors is now available for developers to write and publish their own connectors. Connectors deliver relevant content, such as updates on financial records or helpdesk logs, from popular apps and services directly into Office 365 Groups conversations. The developer portal is launching with connectors such as Asana, Salesforce, Trello, Twitter, UserVoice, Zendesk and many more.

Developers and partners innovate on Windows, Azure and Office

Prepare for the rise of dDoS attacks

How IoT is Driving Transformation across Industry

Healthcare IT Solution Delivery and the Cloud

Security At The Initial Stage