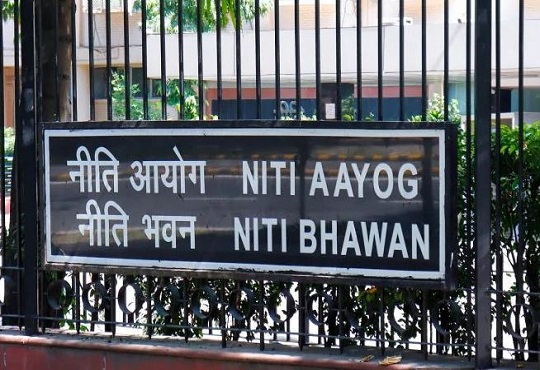 NITI Aayog has suggested that the government to set up legal tech hubs and incentivise the private sector with tax benefits to collaborate with the government and enable faster adoption of online dispute resolution in India, a move that has been necessitated after the outbreak of pandemic led to piling up of legal cases in India.

Further, it has called for striking a balance between protecting the rights and interests of its users while ensuring that over-regulation does not stifle innovation.

It has suggested strengthening the existing legislative framework for ADR and introduce ODR related amendments and bringing in legislative backing for ODR in the form of digitizing key legal processes such as notarization and payment of stamp duties.

“It is important that the private sector be encouraged. To this end, targeted initiatives such as setting up of legal tech hubs and tax incentives can be introduced,” it said.

Retired justice AK Sikri-led committee on action plan for online dispute resolution, set up by the Aayog, has suggested that the government builds up requisite infrastructure and sufficiently enhances capacity if it intends to mainstream ODR and make it broad-based in India. The report has been submitted to the Aayog.

“One of the prerequisites for ODR in India is greater access to technology, both in terms of the physical access to infrastructure as well as increase in levels of digital literacy,” the committee said in its report.

According to the report, apart from infrastructure there is a need to maximise even the current capacity of the ecosystem. “The number of trained and qualified ODR professionals can be increased. Further, to expand capacity while ensuring quality, the kinds of institutions that can provide training can be widened and uniform training standards can be mandated,” it suggested.

The report has further suggested the government and the judiciary must lead by example to give a boost to ODR in India. “For instance, adopting ODR for government litigation or integrating it within some government departments such as the department of consumer affairs or help resolve disputes under the Insolvency and Bankruptcy Code, 2016, will increase the trust that people place in ODR processes,” it said.

Further, it suggested that the judiciary and the governments can collaborate to integrate ODR into the workings of the court annexed centres. “These centres can especially benefit from the use of artificial intelligence or machine learning which can help resolve disputes that have limited question of law and fact,” it added.

The Future Of Work Reimagined

The Digital-Health Ecosystem - Today and Tomorrow

Futureproof your business with lasting agility

Your network is vulnerable, and so is your data: Increasing role of data-centric DRM amongst...

Is Digital Just Another Temporary Technology Fad? The Story of Prashanth, the Milkman, and His...