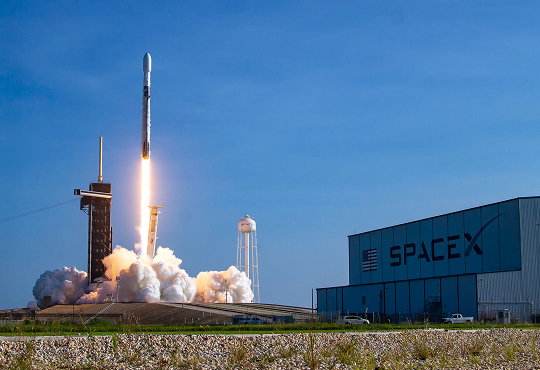 Elon Musk’s SpaceX plans to partner with Indian companies to locally manufacture satellite communications equipment, including antenna systems and user terminal devices, as it gears up to launch its high speed Starlink satellite broadband services in the country next year.

“SpaceX is excited to find ways to work together with the Indian industry for manufacturing products for its Starlink devices,” Matt Botwin, director (market access with the Starlink program), said during SpaceX’s first official interaction with Department of Telecommunications (DoT) secretary Anshu Prakash.

The company always looks for opportunities to maximise the efficiency of its (global) supply chain, and “is now looking forward to working with its partners in India to recognise those opportunities”, Botwin said.

This was also SpaceX’s first official comments on its India plans in the satellite communications space.

Those present at the meeting included officials from OneWeb, Viasat, Hughes, Airtel, Reliance Jio, Vodafone Idea, Department of Space, and the Telecom Regulatory Authority of India.

During the meeting, Botwin, one of Musk’s key lieutenants, said, “SpaceX has been working with the Indian industrial sector for a long time, buying steel and steel-tubing for many of its rockets.” It is now committed to manufacturing hardware and satellite components and components of (satellite broadband) networks in India, he said.

The company, known for its vertical integration, manufactures the gamut of rockets, antennae systems and user terminal devices.

SpaceX has been accepting pre-orders for beta version of its Starlink satellite internet service in India for a fully refundable deposit of $99 (above Rs 7,000). According to its website, the company’s satellite broadband services are being targeted in India in 2022, although availability, it says, is subject to regulatory approvals.

During the meeting, satellite companies strongly discouraged the Indian government from auctioning mmWave satellite spectrum in the 28 GHz band for 5G mobile services, saying such a move would impact their data download speeds and geographical reach in India.

“Unlike the mobile use case, by its very nature of usage, satellite spectrum is not dedicated to a single satellite operator, and the world over, it is not auctioned but assigned as per International Telecom Union (ITU) regulations,” said Anil Prakash, director general of Satcom Industry Association of India (SIA-India), who was present at the meeting with Prakash.

The coveted 28 GHz spectrum – with a band range from 27.5 GHz to 29.5 GHz – is currently used exclusively by satellite players but it is considered a highly efficient band for 5G services.

Telcos, on their part, have repeatedly told DoT that unavailability of 28 GHz spectrum could jolt India’s 5G business case. Without these airwaves, 5G deployment costs would surge and make the ultra-fast wireless broadband service unaffordable in the country, they said.

Microservices and the Evolution of Service-Oriented Architecture