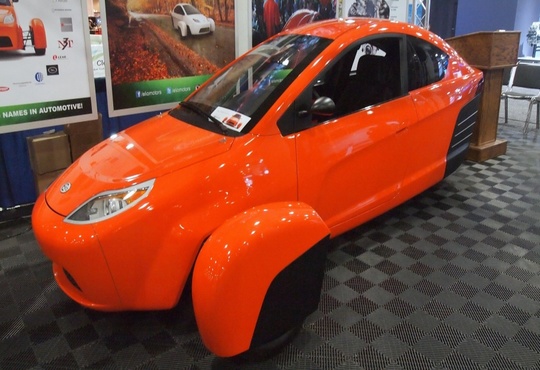 FREMONT, CA: Spiraling fuel prices and increasing cost of owning a vehicle spares none, and added to this, is the demon of pollution. In order to address these problems, Elio –a startup automaker – has unveiled the engine prototype of its three-wheeled car due for release in 2016. The technology powering this 0.9 liter, three cylinder engine prototype, has been provided by IAV –an engine developer –and this marks a key stage in Elio’s progress towards the vehicle. The startup aims to achieve high fuel efficiency with 84 MPG and a top speed of 100mph. To this end, it employs the basic idea of a model with reduced width which naturally leads to minimum impact of wind drag and thereby makes the vehicle cost effective. Majority of the engine components have been custom-developed to meet the requirements of the auto company. They include cylinder block, cylinder heads, CAM cover, front cover, oil pan, crankshaft, camshaft, valve train, pistons, connecting rods, bearings and water pump. These parts were machined and assembled and the resultant prototype ran through a multitude of tests on a dynamometer. The Elio is expected to have a positive impact on the environment by cutting down Carbon-di-oxide emission and saving fuel through higher MPG. The biggest plus, though would be the price; at $6,800 MSRP, the vehicle would mean greater affordability and efficiency. “We are literally trying to reinvent the auto industry, so why go the conventional route and rework someone else's engine? Seeing this new technology come to fruition has been one of the most exciting stages in our history. This prototype puts us right where we need to be at this stage of development," says Paul Elio, President and CEO of Elio Motors.

A Look at Datacenter Infrastructure Trends for 2017

Enhanced role of Technology in the Financial Services Sector

Blockchain Based Cybersecurity For IoT