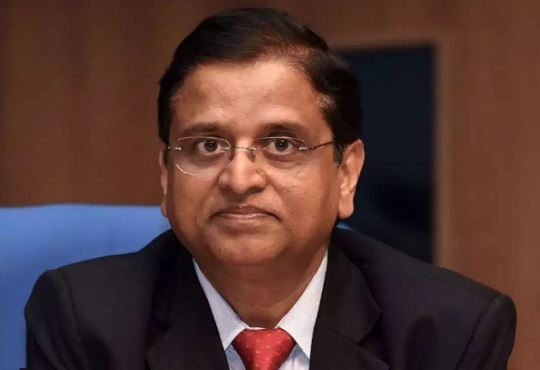 More than addressing the issue of legitimising cryptocurrencies in India in the upcoming bill, the government is now facing deeper challenges like crypto being potentially misused for hawala and money laundering, investments worth billions of dollars escaping to abroad and capital gains tax being avoided by the trade exchanges as well as investors, Subhash Chandra Garg, former Finance Secretary of India, said on Tuesday.

While Finance Minister Nirmala Sitharaman had emphasised that not all windows on cryptocurrencies will be shut down, Garg, a pioneer in formulating policies around crypto, sees a lot of new and serious concerns coming through those windows, as the policymakers struggle to find answers as to how to deal with the highly-volatile crypto situation.

"Crypto was not created in India. Our people are now buying those digital coins via various exchanges and apps (several of them listed at foreign shores) without understanding the inherent risks. Billions of dollars worth of wealth is being transferred abroad sans any capital gains tax. We have so much regulation on foreign currency exchanges and here we have no regulation on crypto exchanges, which is a huge policy concern," Garg said.

The government aims to table the crypto bill in the winter session of the Parliament commencing from November 29, amid grave concerns now being raised over the misuse of digital coins on the Dark Web for terror acts and drug trafficking by militant organisations, money laundering and hawala-based transactions -- posing a severe threat to the national security and a big challenge to the security agencies in India.

On Saturday, when Prime Minister Narendra Modi chaired a high-level meeting on the subject, concerns were flagged over lack of transparency in the industry, as this can lead to terror financing through money laundering.

The government is also not happy with crypto players like CoinSwitch Kuber, CoinDCX and WazirX placing "irresponsible" ads across platforms, especially during the IPL 2020 and the ICC Men's T20 World Cup matches.

According to Garg, the trading exchanges that have recently mushroomed have deep business interests in mind and making money is obviously the primary motive.

"These exchanges are operating outside the ambit of the law of the land and are desperate to get legitimised. If the figure of Indians investing over Rs 6 lakh crore as quoted in reports is true, the government cannot ignore this, as a crypto crash or a bubble burst will leave millions of innocent investors shattered," Garg emphasised.

The government must be reasonably concerned with this kind of massive investment in something which is yet to come under the legal ambit.

"People losing their money via crypto platforms would put the government in a tough situation. It has to figure out tough laws before any such situation arises," added the former Finance Secretary who took voluntary retirement from service in 2019.

"Crypto being used as a currency is no more the big concern; the real issue is its potential misuse in various ways that worries me a lot, as this cannot be controlled by the way of regulation only. The government must see what is coming from those windows and plug the loopholes before it gets too late," he added.

Indian INCs Look at Investment in Security Big Time in 2018