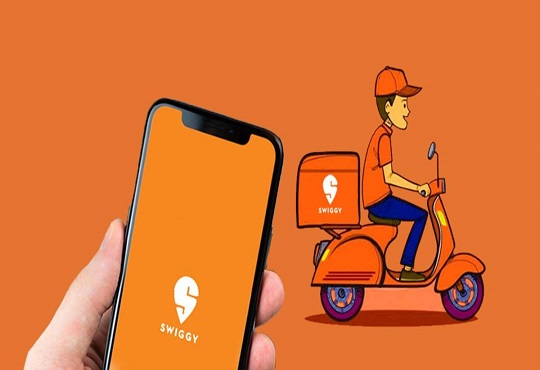 Food-delivery firm Swiggy is in the final stages of discussions to invest in Bangalore-based bike-taxi startup Rapido, two people in the know of the matter said.

If the investment deals goes through it will assist Swiggy enhance its last-mile delivery capabilities and bolster its quick commerce ambitions. The funding will also be Swiggy’s first bet in the mobility sector.

The capital infusion from Swiggy is part of a larger financing round of $150-200 million that Rapido is in discussion to raise.

People aware of the development said Rapido was also engaged with Zomato but those conversations fell through lately. Zomato has been on an investment spree after going public, having backed startups consisting of  Blinkit ( formerly Grofers), Shiprocket, and Magicpin.

Rapido, which started off as a bike-taxi platform, has been growing its business-to-business vertical wherein it caters to the likes of Swiggy by completing their orders using its riders. The company has also expanded into the three-wheeler segment launching services across 26 cities.

While there are synergies that a player like Swiggy can draw from Rapido, which is essentially a shared mobility platform, for now, the investment is purely financial in nature with no exclusivity being given to the food-ordering company, multiple sources said on the condition of anonymity as the talks are private.

“The term sheets are in and Swiggy is expected to co-lead the funding round. There will be another new investor joining Swiggy along with existing backers who will also participate in the fundraise..,” said a person familiar with the goings-on.

Rapido had mandated investment bank JM Financial for a fundraise on the back of having picked up around $50 million in August. The company’s previous funding round, which came after a year of Covid-19 pandemic hitting mobility players, was led by an existing investor WestBridge Capital with participation from the likes of Japanese automobile maker Yamaha. At the time Rapido was valued at $235 milion.

The aggressive push into instant deliveries and ramping up its diversification, comes amid Swiggy closing what is likely to be a pre-IPO round. As per a report on September 28 that the company was in talks to get on board US asset manager Invesco in a round that could value it at over $10 billion. The financing will build Swiggy’s war chest to fight competitors in the quick commerce segment. Srisharsha Majety, cofounder & CEO, Swiggy, said in a recent interview that $700 million will be allocated to grow Instamart.

When contacted for the story, Aravind Sanka, cofounder of Rapido, said he would not be able to comment on “speculation” on who is coming onboard and why. Sanka added that Rapido has grown significantly since the last few months. “ We are the only mobility company that scaled 1.5 times over our pre-Covid 19 numbers and have executed more than 400,000-450,000 orders per day…Looking at this scale there is a lot of interest from investors and we should be closing the round sometime soon…” he said. Sanka also denied any acquisition talks.

“Fundamentally bike taxis and food-delivery are highly complementary in nature,” said Kunal Khattar, who heads a VC firm Advantedge and is an investor in Rapido. “As much as 80% of the deliveries happen during lunch and dinner time. So what has happened is there is idle capacity during mornings and evenings. Bike-taxis are the opposite.”

For now, Rapido gets 85% of its overall business from its rides vertical, and that is likely to stay at that share, said a person familiar with the company.

Rapido’s riders are mostly part time workers and by adding food delivery service, the company can attract full-time staff. “The minute you are able to do that (offer both) you have an extremely powerful proposition to acquire full-time riders,” said Khattar. “Those who choose to work full time can earn upto 20,000-30,000 rupees per month.” He said that because Rapido ran on an asset light model, unlike many of its rivals, the company has been able to ride through the pandemic.

These companies have already tied up with both Swiggy and Zomato as a part of their B2B efforts, especially after the first wave of Covid-19 hit mobility last year in March.

Pre-pandemic, the company was competing against Bounce, Vogo, Drivezy, Ola and Uber. While Sequoia Capital-backed Bounce pivoted to making electric vehicles, Vogo is likely to be acquired by Chalo. Meanwhile, both Uber and Ola have shifted their focus towards its core cab business and the three-wheeler category.

Marketing And Building Meaningful Brands In The Hospitality Sector

3 M's of ESN some Mystery,some Masala and lots of Magic