The Future of Data Science

Even though the field of Data Science is extremely new, it has an exciting history full of technological innovations and paradigm shifts in the fundamental ways scientists approached the data. Since Harvard Business Review called data scientist the sexiest job of 21st century, the field has enjoyed unprecedented popularity.

Dr. Neil Fraser, one of the course coordinators for online Data Science program at the James Cook University, goes in great length about the the future of the web is the evolution of the data in this podcast.

And in the middle of all this frenzy, it is important to step back and learn about the colourful history of data science, what are the current technologies, and how the field might change in the future. 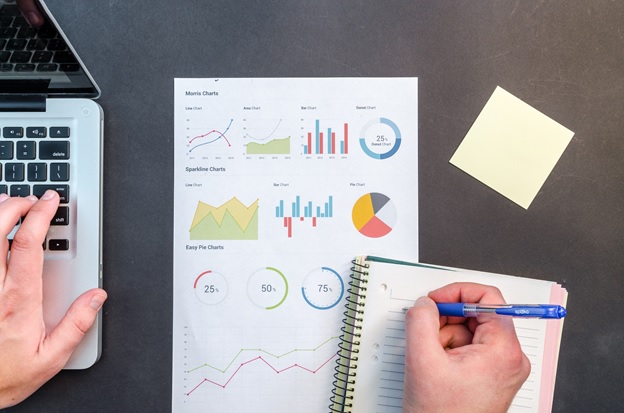 A History Plagued with Setbacks

While we might not be able to imagine a Computer Science course that doesn't have data science, the field was an obscure intersection of statistics and artificial intelligence, just a couple decades ago. Some scientists thought that the whole ordeal was even frivolous.

To understand the early history of data science, we have to look at the history of its forefather, artificial intelligence.

The Rise of AI

Artificial intelligence, as a field, has gone through boom and bust cycles. During the 60s and early 70s, researchers made big strides in the fields of neural networks and symbolic learning. Every research project seemed to bring the scientific community towards real artificial machines. This optimistic atmosphere made big names in the field to make bold proclamations: H. A. Simon said in 1965: "machines will be capable, within twenty years, of doing any work a man can do."

In 1970, Marvin Minsky stated: "In from three to eight years we will have a machine with the general intelligence of an average human being." Needless to say, these predictions didn't come true, and the downfall was harder than most expected.

Research in neural networks and AI first showed signs of stagnation when a group of scientists showed some key structural flaws with artificial neural networks (like the impossibility of implementing an exclusive-or problem). Scientists, and more importantly, investors became disillusioned with the future of AI. Research became underfunded and the interest of scientists slowly waned. This period in history is called the AI Winter.

How Did Data Science Become so Popular?

The main reason data science is so popular now is the breadth of the tasks it can handle. The techniques used in data science now is the closest we have gotten to creating intelligent machines.

This was all made possible by some key scientific papers. The invention of backpropagation made neural networks much more efficient and effectively solved the exclusive-or problem. New techniques in parallel computing meant that data science algorithms now had much more computing power in their beck and call, which meant more efficiency and accuracy. These research papers reinvigorated the field and pointed to neural networks (the backbone of data science) as the most effective method of problem-solving. Before these papers, scientists were too focused on symbolic AI, which turned out to be a dead-end.

All of this came to a head in the early 00s when many companies became rich overnight just because they were using data science correctly (the major examples being Google and PayPal). Now, most large firms have their own dedicated data science team, and those that don’t are struggling to keep their business afloat.

As with predicting the future of any scientific field, nothing is certain. This is doubly true for Data Science, as it is a relatively new field without a solid foundation. That being said, there are some clear trends that you can’t ignore.

One of the trends that almost every specialist thinks it’ll continue is the job opportunities for data scientists and the higher demands placed on those skills. The Workforce Report by LinkedIn stated “the demand for data scientists is off the charts” recently. Most sectors now hire data scientists in bulk. This trend holds whether we look at the automotive sector or the food sector.

Focus on Computer Vision and NLP

The advances made in computer vision and natural language processing has surprised even some specialists in the field. Thanks to these advances, we now have apps like Google Translate that can facilitate communications between more than a hundred languages. Self-driving cars can also trace their success directly back to these advances.These areas both rely on big data and correct clustering and classification methods. That’s why data scientists are the driving force behind these.

Philosophers have pondered sentience and creativity for millennia now, and it seems that we might finally have machines that challenge us in the creativity arena. Generative neural networks are now capable of generating images that most people would think are authentic photographs. To most untrained eyes, these algorithms seem genuinely creative.Using algorithms not to analyze data but to create pieces of writing and photographs is a natural progression for the field. Researchers expect a lot of exciting things from this new exciting domain for data science.

Sample Off the Shelf, but Customize In House

Customer Experience is Pivotal to an Organisation's Competitive Advantage