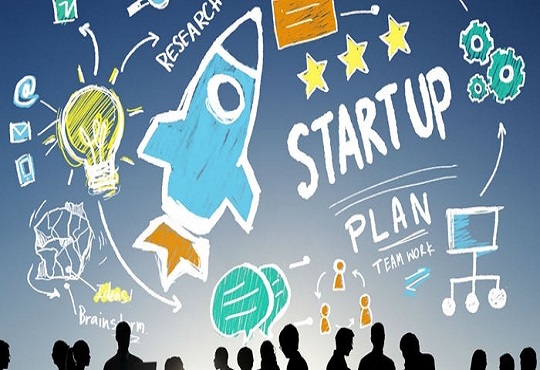 Gurugram based Adloid, which has been in the space for the past four years, which has built its own proprietary engine for AR (Augmented Reality), is seeing its technology being leveraged by large enterprises such as Hero MotoCorp, Asian Paints, Tanishq and others. “The business in itself is to create a virtual replica of the physical world,” says Kanav Singla, Founder & CEO, Adloid.

“The trainer is augmenting the part, let’s say the engine of the bike in front of him, and he’s assembling, disassembling everything on his own, and showing that assembly disassembly process to the frontline and the backline workers,” the IIT-Delhi grad explains, adding that this is what they had envisioned when they first started off four years back.

With the physical world still not being accessible to everyone, more companies are shifting their focus towards the virtual, and this is an opportunity that Adloid is hoping to exploit further.

In his view, companies now know there is upside in investing in creating a virtual world, “because the customer is going to come there only”. The Adloid CEO says their edge is their AR engine which renders the entire experience even on a smartphone browser, a device accessible and comfortable for most users in India.

“We are able to run this on browsers on web browsers, so you don’t need to download an app as well,” he pointed out. The way he sees it, AR will be used a lot more in remote assistance, manufacturing and communications. And the reason they are focused on phones is because they don’t see large enterprise clients investing in specialised headsets. But running AR on smartphones, while it can help achieve scale, is not the ultimate goal for most ARfocused experts in the field.

“My experience with AR is very old, because I actually started working in AR for the military 25 years ago. I think smartphone AR is a classical example of helpful AR. The most natural evolution of that is the smart glasses,” says Dr Nikhil Balram, CEO of EyeWay Vision Inc, based in Silicon Valley.

The ultimate AR glasses would offer a clear usefulness in their experience, which is what the company is hoping to do in the field of ed-tech in India. It has partnered with UpGrad to help create a unique AR glasses experience for learning.

For Upgrad, the glasses will be geared for the particular niche purpose for education and not something that students will wear all day. “The concept or module is shown to you in 3D and you can touch it, rotate it, if it’s some sort of image of a globe of data,” he explains.

Covid-19 and its rules of social distancing have opened up new opportunities for AR, hardware is still a problem that needs to be solved. In his view, people want a “natural” experience when using AR glasses where the digital content and real world are visible at the same time.

However, EyeWay’s insight was that the light is wasting power. “So we rely on a low-power laser that scans the image only on the eye, and follows the eye, so the light is only given to the eye, and as the eye moves, the image moves with the eye,” Balram explains.

It's Time CISO's Use AI to Strength Information Security