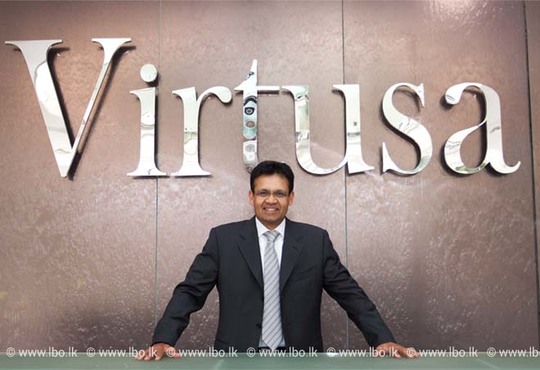 Kris Canekeratne, Virtusa’s Chairman and CEO, stated, “We are pleased with our second quarter results, which include strong growth in our BFSI and M&I industry groups.  While market conditions remain challenging, we continue to see healthy demand for our solutions. This is reflected in our pipeline, which is expanding across all verticals and solution areas.”

Ranjan Kalia, Chief Financial Officer, said, “During the second quarter, we delivered revenue above the mid-point of our guidance range and reported solid sequential improvement in our DSO which helped drive strong cash flow in the quarter. The midpoint of our fiscal year 2017 revenue guidance remains unchanged despite higher than expected foreign currency headwinds and third quarter furloughs. Our revised EPS guidance reflects the impact of higher onsite effort and contractor resourcing related to digital transformation programs, as well as currency headwinds.”

Commenting on the appointment, Kris Canekeratne, Virtusa’s Chairman and CEO, stated, “I would like to congratulate Samir on his appointment to President of Banking and Financial Services. Since the announcement of our acquisition, Samir has played a key role in the successful integration of Polaris and took overall responsibility for our largest banking client. I am confident that Samir and the BFS leadership team will continue to build on our strong platform and enable us to further capitalize on the significant digital transformation opportunity. I would also like to thank Jitin for his many contributions including the successful integration of Polaris into Virtusa. We wish Jitin the very best.”

Mr. Dhir is a 23 year veteran of the IT Services industry.  Since joining Virtusa in 2010 he has served as Chief Delivery Officer and Head of India Operations, responsible for global delivery across all operating geographies. During his tenure, Dhir has built strong executive relationships with the firm’s largest clients, including Citigroup and British Telecommunications plc. He is also a key member of NASSCOM's IT Services Council which has been initiated to sustain and grow global leadership in IT. Prior to Virtusa, Dhir worked for Wipro Technologies where he managed a large delivery organization for technology, media, transportation and services business, handled the company’s SAP Practice and ran the managed services business. Prior to Wipro he held leadership positions with Avaya and Lucent Technologies in the UK.

The Company’s third quarter and fiscal year 2017 diluted EPS estimates an average share count of approximately 30.1 million and 30.2 million, respectively, (assuming no further exercises of stock-based awards) and assumes a stock price of $18.98, which was derived from the average closing price of the Company’s stock over the five trading days ended on November 4, 2016.  Deviations from this stock price may cause actual diluted EPS to vary based on share dilution from Virtusa’s stock options and stock appreciation rights.

Adapting to the Direct to Consumer World

How can the organization capitalize opportunities in this era of data growth?