WannaCry Is Just The Tip Of The Iceberg - Vital Intelligence Group 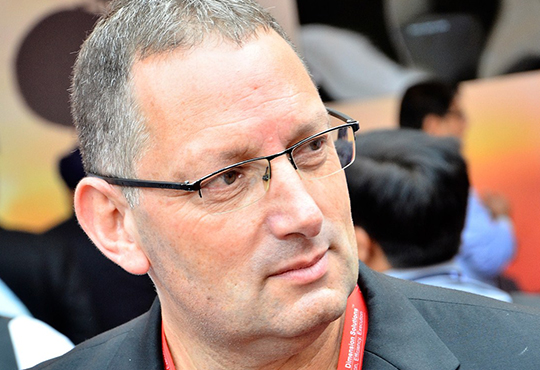 Commenting on the recent WannaCry Ransomware attack which has taken the world by storm, Vital Intelligence Group, the global leader in cyber Intelligence has termed it as the first wave of many more upcoming cyber intrusions as digitisation spreads its footprint in the globe.

''The recent attack strengthens the point that the biggest existential threat that's out there at present is cyber. It is evident that the world is already engage in a 24*7 conflict with anonymous soldiers who are extremely difficult to trace,'' said Marc Kahlberg, CEO and MD, Vital Intelligence Group about the recent WannaCry Ransomware attack.

The challenges associated with such attacks amplify significantly with emerging economies such as India which is witnessing a rapid digitization in all sectors, owing to government initiatives and efforts, coupled with booming penetration of smartphones, PCs and high speed internet access.

All of the above factors have made India one among the hot favorite destinations for targeted cyber -attacks. The group has also stated that a ''one size fits all approach'' can never be the solution to curb the increasing cyber- attacks and a constant vigil is the only solution to stay ahead in the race with the intruders.

''Just like the traditional battlefield, there is no one correct strategy, no short term solution and no silver-bullet to win a war.  But awareness, understanding and vigilance combined with accurate targeted offensive front line cyber intelligence will go a long way in keeping the enemy busy and at the same time protecting all of our cyber interests,'' added Kahlberg.

In a world where over $1 Trillion US Dollars is going to be spent over a four year period in delivering Cyber Security and Intelligence solutions Vital Intelligence is the core to preventing rather than reacting.

Discovering the Potential of Blockchain within an Organization

In The Moment : Communications Embedded Into Workflow