What's the Difference Between IBM's POWER8 and POWER9? 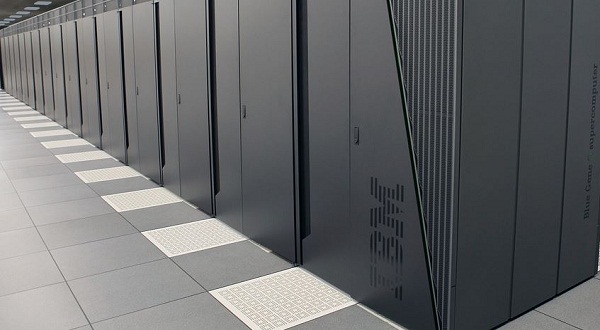 If business technology piques your interest, you understand just how critical servers are for achieving peak processing power and maximizing memory storage. Performing hardware updates is a pivotal part of keeping a business in check by preventing compromising security breaches and surging loading times.

If you want to manage your day-to-day workloads with ease, you’ll need to stay updated on server-related advancements in the industry. Neglecting recently-released software upgrades may result in higher susceptibility to hacking or stalling productivity.

When researching server innovations, studying IBM's POWER8 and POWER9 servers can benefit the average business professional. While users tend to conflate the two servers, they're not identical by any stretch of the imagination. To successfully distinguish between the POWER8 and POWER9 server, read on, and remember that SUSE Linux on IBM Power can appeal to those business executives striving for decreased expenses to superior dependability.

How exactly do POWER8 and POWER9 differ, anyway? POWER9 features an abundance of brand-new, never-before-seen hardware options. These innovative hardware options are best suited to massive enterprises. However, other options are more appropriate for businesses ranging from small to moderate in the size sector. Power9 processors are also associated with all sorts of exciting and memorable features, such as enhanced cloud capabilities, unprecedented cost-effectiveness, and ahead-of-its-time AI features.

POWER8 and POWER9 differ in various fundamental ways. Firstly, these servers differ in the transistor department. While POWER8 can accommodate a total of 4.2 billion transistors, it naturally pales in comparison to the POWER9. Unlike the POWER8 IBM server, POWER9 can manage eight billion transistors when all is said and done.

One of the primary differences between the POWER8 and Power9 servers is their semiconductor manufacturing process. By definition, POWER8 is a 22nm process option. POWER9, on the other hand, is a 14nm process option.

These differences comparably apply to their L1 and L2 caches, as well. POWER8 L1 caches can fare 64 + 23 KBs for individual cores, while POWER9 L2 caches can manage 32 + 32 KBs. Note that POWER8 L2 caches can accommodate 512 KBs for each core. As a rare similarity, POWER9 ones can process the same amount as the POWER8 IBM server.

Many working professionals who coast by with limited business technology knowledge argue that the IBM POWER9 server is superior to the POWER8 server. They believe that the former outranks the latter due to its state-of-the-art platform that focuses on hardware acceleration.

The POWER9 platform consists of sorts of remarkable and practical features, too. For one, it’s made up of the AXON that covers the NVLink, the OpenCAPI, X-bus, and A-bus bases. Additionally, the platform harnesses PowerAXON. Summarized briefly, the PowerAXON is a fusion of speedy I/O interconnects with 25 GT/s signaling rates. With strengthened on-chip acceleration involving 842 compression x2 and Gzip x1, the POWER9 remains unrivaled.

CAPI 2.0 can be an incredible asset for professionals who want to multiply the POWER8's bandwidth tenfold. Using CAPI 2.0 in conjunction with the widely known PCie Gen 4 can serve bandwidth purposes.

Nvidia NVLink 2.0 is the updated lane with the ability to interact at 25Gbps from the get-go. This wire-based serial multi-lane near-range communications link boosts signal rate and refines latencies.

The brains behind these IBM server innovations made the executive decision to declutter the arrangement for POWER9, opting to decrease the number of total stages. At this moment in time, these servers undergo 12 stages. Formerly composed of 17 stages, these developers eliminated a total of five full steps. The aim behind these modifications was to streamline computing tasks.

During this modification phase, the IBM experts opted to do away with instruction grouping associated with the dispatch path. Additionally, these server developers invested time and resources to cater to those users hoping to avoid various security hazards.

The perks of hardware updates

Hardware updates can lend to a variety of productivity-boosting and performance-enhancing perks. Not only do these updates promote stability. Beyond that, they can strengthen performance, as well. Undeniably, POWER9 tops POWER8 in the performance sector, given that it boasts twice the total memory capacity.

POWER9 is equipped with better memory bandwidth for each socket. If a business executive aspires to decrease expenses and better performance dramatically, then he or she may want to delve further into the universe of IBM servers. It may specifically help to zero in on POWER9 options.

With never-before-seen customizability, four variants to choose from, impressive memory space, and cloud compatibility, there’s no reason not to purchase a POWER9 server. Don’t trail behind your competitors. Lunge forward with the help of a POWER9 server.

Chatbots Revolutionizing the Digital Playing Field - They Are Here To Stay

The Challenges are yet to be Addressed

Emergence of Storage Solutions to Plummet Intricacies in Data Management