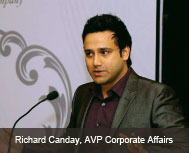 The RBI mandate in 2014, that every public sector bank must have an ATM in every bank branch underscores the growth opportunity for the ATM industry in India. The industry has grown at a CAGR of over 26 percent from 2008 to 2013. At the end of December 2007, the number of ATMs deployed in India was 32,342 and as of December 2014 the number has risen to 187,088.However, despite the growth in number of ATM terminals in India over the past 10 years, rural areas accounted for only 10.1% of the total number of ATMs deployed in the country in financial year 2013.Electronic Payment And Services(P) Ltd., headquartered in Mumbai, in order to bridge this gap and contribute to the growth of the industry, has successfully deployed over 4200 ATMs in urban and rural locations, in union with the Ministry of Finance (Govt. of India) led mission for Financial Inclusion and Pradhan Mantri Jan Dhan Yojana (PMJDY) Scheme in India between 2012 and 2014.
Electronic Payment and Services is a leading payment system company founded in 2011 by veterans from the Banking, Technology, Retail, Oil & Gas industries. The company was incorporated with a vision and mission to be a leading provider of technology solutions in the Retail Banking & Payments System by providing cost effective banking and transaction related services and solutions across India. “Our team of specialists and professionals driving EPS has more than 140 years of combined industry experience in the retail payment sector and have pioneered various initiatives in the ATM & Payments industry in India, for example, first ATM installed in India in 1987 and first shared ATM network ‘Swadhan’ by India Switch Company in 1997,” says Mani Mamallan - Founder, Chairman & Managing Director of Electronic Payment And Services (P) Ltd.

Aiding expansion
Ever since its inception, EPS has demonstrated its ability to rapidly and effectively deploy, commission and implement the operations and management of ATMs across Maharashtra. The Union Finance Ministry-backed plan for expansion in Public Sector Banks' ATMs was for 61,000 ATMs to be installed in 16 geographical regions across the country in 2012. EPS won the opportunity of deploying 5,476 ATMs for a majority of the Public Sector Banks in the state of Maharashtra.
“With our unwavering focus on growing existing client relationships and increasing market share through service differentiation and operational agility, we have made several strategic changes to our organizational structure and leadership,” adds Mani. The company has reorganized itself into four business segments: Automated Teller Machine (ATM) Operations & Outsourcing Services, ATM Managed Services (24x7x365), Transaction Processing Services and Card Management Services thereby enabling banks to concentrate on core banking functions.
“EPS has focused on ATM Deployment and Managed Services business since its inception with the team who has successfully delivered the first ATM outsourcing project in the industry. With the kind of experience the team has, EPS has been able to offer best-of-breed practices and automation to manage the ATM channel. In recent years, the company embarked on a strategy that focuses on opportunities from the Retail Banking, ATM and Payment Services industry and sharpened its execution through its lean ATM business model and Business Intelligence Tool (Analytics), leading to higher business profitability. With such determination, EPS is well set to expand its footprint across the country with various ongoing ATM projects for PSU banks in 2015,” says Richard Canday, Associate Vice President - Corporate Affairs at EPS.

Large scale ATM deployment
From among all MNCs / vendors contracted for the Ministry of Finance Project, the 1stlive ATM was deployed by EPS at MIDC, Dombivli in Mumbai in July 2012 and in the due course of time had also deployed the largest number of ATMs in a single cluster for the Ministry of Finance’s Project i.e. 4076 ATMs in Maharashtra by July 2014, thereby establishing its project execution skills among industry veterans and MNCs i.e. TCPSL, Mphasis, NCR, Hitachi, AGS etc. For the largest ATM Network of State Bank of India, EPS’s ATM availability among the Ministry of Finance Project vendors tops the list at any given point of time, and average EPS performance is always in the top three rankings.

Securing transactions
To provide a support mechanism to the Indian Payment Industry, EPS has launched EPSecure which aims to secure transactions across all mediums of payment – ATMs, PoS, ecommerce, Internet Banking, Mobile Banking etc.With initiatives such as the Pradhan MantriJan Dhan Yojna, there will be a massive influx of payment cards in the Indian market. In the pursuit for financial inclusion, a new mode of payment shall be introduced to approximately 7.5 crore households. EPSecure aims to build the trust of banking customers (new and old) in the aforementioned transaction mediums by undertaking the entire module of the claim dispute process and bringing efficiency to the same.

Digital Threats That can Disrupt Relationships with Customers

Mhealth: A Force to Reckon with

Information Security awareness for Employees: Not a choice anymore, its mandatory now!

Managing Insurance Portfolio through a Smartphone