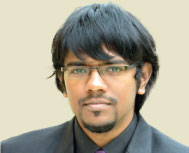 The Silicon Valley of India is no longer just another name in IT. The city is being recognized globally as the premiere venture capital destination owing to its environment highly inclined towards startups. As a matter of fact, Bangalore startups are 24% more likely to monetize than Silicon Valley startups. But the highlight is not only on Bangalore but on India as whole. Case in point is even some foreigners setting up startups within India. This is due to the opportunities available to innovate and expand which are unique to the Indian market. However, the favorable circumstances that India presents are not only about an economy which is growing at a faster pace than other countries , it is also about the concentration of Indian engineering graduates and a culture that is wholly inclined towards startups.
With close to 3000 tech startups, India is currently the fourth largest base for entrepreneurs in the world. A very positive statistic also points towards the fact that by 2020, the number will increase to 11,500. Apart from traditional technological verticals, Indian entrepreneurs are today spreading wings to encompass technology into advertising, education, healthcare and agriculture among a host of other areas.
Homegrown technology hubs such as Infosys and Wipro have also started venture funds. Leading the charge is India’s Government that has pledged Rs100bn for smaller technology companies earlier this year. Even successful heads of industries such as Ratan Tata have put their foot forward in e-commerce startups.
It is also tough to ignore that with over 240 million Indians being online, India is on course to overtake America which is placed second currently in terms of Internet reach.
Even so, the sense of optimism remains pervasive. We at CIOReview are more than optimistic as we showcase to you the startups that are going to make the change for India in 2015. Through our panel of CXOs and industry experts we have put together the roll of honor in recognition of organizations that are redefining innovation in India. These companies are sure to make it big sooner or later, most probably sooner as we have recognized them not only for their unique products, but for their stellar working methodologies.

Do let us know what you think.

Open Standards as the Next Frontier in Enterprise Mobility

Six Sigma Methods and its application in Project Management