Opportunities for India in the Digital Economy 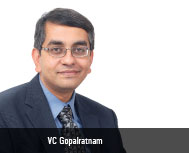 The digital economy is the new productivity platform that some experts regard as the third industrial revolution. Digital revolution, also known as ‘The Internet Economy’ or Internet of Everything (IoE), is expected to generate new market growth opportunities, jobs and become the biggest business opportunity of mankind in the next 30 to 40 years.

Goldman Sachs predicts that India – comprising 15% of the world population, with a growth rate of 7 to 8%, could be the second largest economy by 2030. India’s new leadership considers the digital economy as a major growth enabler. When Prime Minister Narendra Modi strategically listed “Digital India” among the top priorities for the new central government, he delivered a resounding nod to the digital economy’s opportunities.

The Department of Electronics & Information Technology of India published Internet of Things policy estimating IoT industry in India grow up to INR 940 billion, by 2020. Focus areas include agriculture, health, water quality, natural disasters, transportation, security, automobile, supply chain management, smart cities, automated metering and monitoring of utilities, waste management, oil and gas. Cisco estimates that all IoE pillars – Internet of things, Internet of people, Internet of data, and Internet of Process for India have a value at stake (VAS) of INR 31.880 trillion (about half a trillion U.S. dollars) for the next ten years. From that INR 7.263 trillion is in the public sector and INR 24.616 trillion is in the private sector during the next decade.


Prime Minister Modi’s vision for a Digital India is a strategic call to embrace the opportunity for India as one of the leaders in the third industrial revolution, and the use of Information and Communication Technologies (ICTs) that has never been greater.

India’s leaders also acknowledge the digital economy’s potential and have substantially invested in digitalization for public and private sectors. The commitment of India’s government to spend Rs1.13T (US$19 billion) within the next five years strategically acknowledges the increasing value of Communication Technologies (ICTs).

Nearly 40 percent of the global value at stake will have new winners and vendors in the next decade. This major opportunity of the digital economy has the power to change the lives of millions of people of India. It could be an important vehicle for change and it could provide the opportunity for India to dramatically expand its role and influence in the global economy and become a powerhouse of digital innovation.

The Changing Facets Of Healthcare In New World Order

The Weakest Link Is Your Strongest Security Asset

How is Technology Paving Way for Healthcare Industry?