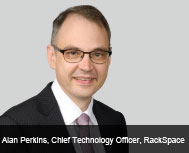 The IT sector is undergoing change, a positive one in the form of Cloud, looking for maximum performance with minimal effort. Virtualization and Cloud though two different terms but are closely linked as virtualization is the medium to smooth cloud offerings. Companies struggle in selection, when it comes to choosing either private or a public cloud. Though the answer is very simple and just needs a quick run through the various factors particularly how big your cloud needs are. If you are just using a few isolated computers for ad-hoc testing then a public cloud is a clear winner on cost, but as your computing needs grow, private cloud starts to make more sense.

As OpenStack continues to mature, private clouds will become much more main stream. This is not just private virtualised environments, but real cloud setups where internal teams can rent computers by the hour for internal projects. Private clouds also have the advantage that they will enable a company to comply with heavy security requirements, as long as they have ensured the physical environment is extremely well designed for security. Businesses often overlook physical security as an issue, but public cloud providers do this extremely well.

Cloud without Virtualization: Initially virtualization was an important foundation technology for cloud computing. While cloud and virtualization are always mentioned together like bread and butter, there are interesting developments that allow applying Cloud principles to bare metal computers so that you can have computers operating as part of a cloud without any virtualisation at all. Bare metal clouds also have interesting properties such as increased performance. OpenStack's Project Ironic is an example where this is being used.

Cloud monitoring: Cloud monitoring assists in developing pre-emptive systems that can respond automatically to problem areas, or identify that more or fewer cloud resources are needed. Cloud monitoring technology allows the delivery of Monitoring as a Service, so organisations can have one system to monitor various different infrastructures (in-house, managed dedicated, private & public cloud) for easier and more efficient management of their entire IT estate. One potential issue with cloud consumption might be that computers are started and then left running after they are no longer needed. Monitoring helps prevent this from wasting money. Some impressive and feature rich products already exist, such as New Relic that can provide enterprises with a new level of insight into the application and infrastructure performance of both their on-premise and outsourced IT infrastructure. A consideration will be if CIOs are willing to have this detailed performance information reside outside the Enterprise (that is not a consideration unique to Monitoring as a Service; it’s the same as for any outsourcing decision).

One perfect example of amazing technology is the engineering of virtual machines to deliver performance and reliability. Performance cloud servers change the dynamics of when a workload should be placed into the cloud or placed in dedicated hosting computers. Some workloads, such as databases are typically not designed to work well in virtualised or cloud environments, but performance servers change this, allowing a wider range of applications to be deployed using cloud. As for engineering for performance and reliability, this comes down to the way that applications are developed. In the old world, applications were developed around servers that were looked after with extreme care. Today's applications are designed to scale out to many computers, with fault tolerance built into the application from the ground up, so that failure is not a problem. A great example of this is the way NetFlix developed Chaos Monkeys, an internal application designed to deliberately sabotage the production environment so that computers, hard drives, networks etc would fail. The production programmers were forced to ensure their applications were robust enough to cope with whatever mischief the chaos monkeys caused. Chaos monkeys has since been open sourced for others to use.

Cloud’s offering, File Level backup: Another finger licking benefit of the cloud is the file level backup. When considering backing up files to the cloud, one needs to ensure that the bandwidth costs of retrieval are understood. It is a good idea to have a primary backup located where data is located and then using a secondary backup in the cloud makes perfect sense. This means that you can recover the data from a local copy and resort to the cloud if the local copy is not available. Though the number of pros of file level backup beat the cons, it is necessary to know and be well aware that In most cases, to recover a complete server from a file level backup is a multi-step process and will require more work than recovering an entire server from an image backup.

The one thing worrying the CIOs in this monstrous growing cloud infrastructure is about the security but this fear should never prevent them from acting to take advantage of all the benefits cloud brings. CIOs often take the view that their data is more important to them than to an external provider. But in most cases, a service provider like Rackspace has more to lose if it allows your data to leak than if you do.

The Art of Document Imaging and Streamlining Document Workflow

Unified Communications- What does it mean