The Indian IT Industry Needs to chart a new route 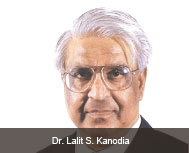 Mumbai headquartered Datamatics provides IT business process outsourcing services, software engineering and consulting services to various verticals with solutions such as Billing, Payment, Point of Sales, Document Management and Healthcare. The company has assets worth US dollar 5 billion with over 7,000 employees across New Jersey, London, Griesheim, Nashik, Chennai, Pondicherry and Bangalore

The Indian IT Industry is justly proud of the fact that it has put India on the Technology map of the world. When the word India is mentioned, it is automatically linked to IT. This is all the more commendable since this march forward only commenced with the Y2K problem around 1998. At that time the Indian Software Industry revenues were$4 billion which in FY 2013-14 have leap frogged to $118 billion. This sector has increased its contribution to India's GDP from 1.2 percent in 1998 to 6 percent in 2014.

However, I believe that the current model for our IT business strategy model is saturating and plateauing. We need to change. This may require the equivalent of a Lou Gerstner or a Jack Welch to set a new course. At present there are many IT companies in India with employees in excess of 1 lac. TCS alone has over 3 lac employees. Contrast this to the Big Four Accounting Firms, all of whom have between 150,000 to 200,000 employees. What is interesting however is the fact that the average revenue per employee of the Big Four Accounting Firms is of the order of $150,000 per person, per year in contrast to about $50,000 per employee, per year in the large Indian IT firms.

I believe that when it comes to professional enterprises based on human capital, there is a size beyond which scalability becomes a serious issue. Our rate of growth in dollar terms has diminished from a figure in excess of 20 percent p.a. about 10 years ago to below 10 percent p.a. There are many reasons for this.

As international competition is heating up, other countries are trying to emulate the Indian experience and competition is increasing. Large MNCs are setting up shop worldwide. The international meltdown which started in 2008 is taking its toll. Due to the economic meltdown and unemployment worldwide, there is increasing reluctance to import services from a foreign country such as India. This meltdown is reflected even in the performance of some of the major players worldwide e.g. IBM has had diminishing revenues for the last 11 quarters in succession. Unfortunately, over 50 percent of Indian Software exports are derived from onsite services, which require work permits or visas. With the global meltdown, this is becoming more and more difficult. The question therefore that arises is “Do we need a new business model?” Past success has its own handicaps. One gets tied down by one’s past experiences. In contrast to Service Companies, Product Companies such as Microsoft, Oracle and SAP are doing very well. The average revenue per employee in Microsoft is over $700,000 p.a. of SAP is over $26,000 p.a. Though Software Products only constitute 25 percent of IBM’s revenues, they constitute 50 percent of IBM’s profits. I believe the IT industry now needs to change its strategy and place greater emphasis on Software Products and BPO. The former is very profitable. It is growing rapidly and does not require any work permits. It is also higher up in the value chain. BPO on the other hand, though being low on the value chain, also does not require work permits. Thanks to the internet and the diminishing cost of telecom, BPO has become very viable, and it is almost impossible to prevent work going overseas.

Software Products will however require a different breed of Software Developers. Unfortunately, at present Indian Software Professionals are “Jacks of All”. Product Developers need to be a “Master of One”. Just as in the field of medicine, a General Practioner is generally at the lower rung of the value chain, IT presents a similar scenario. Today, there are heart surgeons who only operate babies below 3 years of age or orthopaedics who only operate ankles. This is super specialization. The IT industry needs to emulate the medical profession. Unfortunately at present there are only very few software products made in India. These include Microbanker Finnacle, SOHO Omnidoc, i-Q, Tally, Ramco, etc. Even these are relatively insignificant on the international scale.

Innovation in IT generally comes from small creative companies. This requires Government policies to encourage them. The earlier policy of fiscal tax benefits and Software Technology Parks played a very significant role in the success of this industry. Similar initiatives are now required by the Government to particularly encourage Software Product and BPO companies.

Also, salaries in the IT sector have been rapidly rising and we are slowly becoming uncompetitive. The other threat that has recently been felt is the possibility of Unions rearing their head in the IT industry. If this happens, it will spell its doom. IT employees are used to very large increments and when growth slows down and increments reduce, the pressure to form Unions will increase. The BPO industry can only flourish if it is set up in Tier 2 cities and bandwidth is made available to them to connect them at high speed, with the world. This will require an improved national grid. The other need to spur this opportunity is Vocational Training.

EMR AND EHR - Not Just Another Set Of Acronyms - But Critical For Healthcare!!!