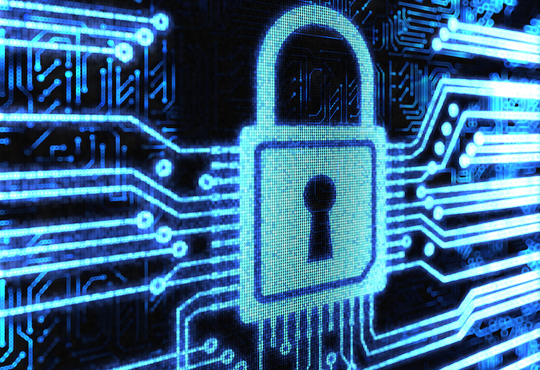 Recently, Dell announced the results of the Dell Security Annual Threat Report detailing the cybercrime trends that shaped 2015 and identifying top emerging security risks for 2016. The report, based ondata collected throughout 2015from the Dell SonicWALL Global Response Intelligence Defense (GRID) network with daily feeds from more than one million firewalls and tens of millions of connected endpoints, Dell SonicWALL network traffic and other industry sources, equips organizations with practical, evidenced-based advice so they can effectively prepare for and prevent attacks.

1. The evolution ofexploit kits to stay one step ahead of security systems.

2. A continued surge in SSL/TLS encryption that is giving cybercriminals more opportunities to conceal malware from firewalls.

3. The continued rise of Android malware.

4. A marked increase in the number of malware attacks.

“Cybercrime has increased significantly around the globe in 2015 and there have been repeated incidents of breaches against organizations who believed that they had carried out their end-to-end security deployment perfectly.” said Amit Singh, Country Manager, Dell SonicWALL.“An organization’s security program extends from their own software and systems, to employees’ training and access, to everyone who accesses the organization’s network or data. In today’s connected world it is critical to maintain 360 degrees of vigilance. Through the Dell Security Annual Threat Report, it is our mission to help organizations proactively protect their data from common and emergent threats. The report enables IT leaders to create strong policies that extend to all departments of the organization. We strongly believe that it is equally important to communicate why these policies are important and to maintain oversight of their end-to-end IT execution”

“Many of the breaches in 2015 were successful because cybercriminals found and exploited a weak link in victims’ security programs due to disconnected or outdated point solutions that could not catch these anomalies in their ecosystem,” said Curtis Hutcheson, general manager, Dell Security. “Each successful attack provides an opportunity for security professionals to learn from others’ oversights, examine their own strategies and shore up the holes in their defense systems. At Dell Security,we believe the best way for customers to protect themselves is to inspect every packet on their network and validate every entitlement for access.”

In 2015, Dell SonicWALL noted a rise in the use of exploit kits. While the year’s most active kits were Angler, Nuclear, Magnitude and Rig, the overwhelming number of exploit kit options gave attackers a steady stream of opportunities to target the latest zero-day vulnerabilities, including those appearing in Adobe Flash, Adobe Reader and Microsoft Silverlight.

The Dell Security Annual Threat Report shows that cybercriminals employed a number of new tactics to better conceal exploit kits from security systems, including the use of anti-forensic mechanisms; URL pattern changes; steganography which is concealing the file, message, image, or video within another file, message, image, or video; and modifications in landing page entrapment techniques.

“Exploit kit behavior continued to be dynamic throughout the year,” explains Patrick Sweeney, vice president of Product Management and Marketing, Dell Security. “For example, Spartan, which was discovered by the Dell SonicWALL threat team, effectively hid from security systems by encrypting its initial code and generating its exploitative code in memory rather than writing to disk. Exploit kits only have power when companies do not update their software and systems, so the best way to defeat them is to follow security best practices, including keeping up with updates and patches; employing up-to-date, host-based security solutions including NGFWs and Intrusion Prevention Services (IPS); and always be cautious while browsing both known and unknown sites.”

The growth of SSL/TLS Internet encryption is a mixed bag – a positive trend in many ways, but also a tempting new threat vector for hackers. Using SSL or TLS encryption, skilled attackers can cipher command and control communications and malicious code to evade intrusion prevention systems (IPS) and anti-malware inspection systems. This tactic was used in a craftymalvertising campaign in August 2015 to expose as many as 900 million Yahoo users to malware by redirecting them to a site that was infected by the Angler exploit kit.

The Dell SonicWALL team noted a sharp rise in the use of HTTPS throughout 2015:

“The good news is that there are ways to enjoy the security benefits of SSL/TLS encryption without providing a tunnel for attackers,” said Sweeney. “In addition to general security best practices like updating your software, you can upgrade to a capable, extensible next-generation firewall with integrated SSL-DPI inspection.”

Malware for Android continued to rise, putting a majority of the smartphone market at risk

In 2015, Dell SonicWALL saw a range of new offensive and defensive techniques that attempted to increase the strength of attacks against the Android ecosystem, which accounts for a majority of all smartphones globally.

Dell SonicWALL noted a few emerging trends among the attacks against Android devices in 2015.

“Even though the release of Android 6.0 Marshmallow operating system in October 2015 included a slew of new security features, we can expect cybercriminals to continue finding ways to circumvent these defenses,” said Sweeney. “Android users should exercise caution by only installing applications from trusted app stores like Google Play, keeping their eye on the permissions being requested by apps, and avoid rooting their phones.”

Malware attacks nearly doubled to reach up to 8.19 billion

Dell SonicWALL noticed a sharp rise in both the number and type of malware attacks targeting the SonicWALL installed base.

“The threat vectors for malware distribution are almost unlimited, ranging from classic tactics like email spam to newer technologies including wearable cameras, electric cars, and Internet of Things (IoT) devices,” said Sweeney. “In today’s connected world, it’s vital to maintain 360 degrees of vigilance, from your own software and systems, to your employees’ training and access, to everyone who comes in contact with your network and data.”

The Dell Security Annual Threat Report also identified several trends and predictions which are discussed in further detail in the full report.

Technology Partner - Enhancement of IT Processes

The Rise of Software