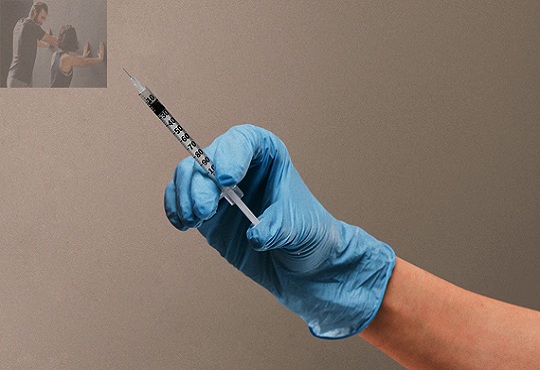 Legal steroids are also often called multi-ingredient pre-workout supplements (MIPS). They are supplements that can be bought over-the-counter (OTC). Many believe that they help with bodybuilding, improving workout performance and enhancing stamina.

Some of these legal steroids are effective and perfectly safe. HealthEd Academy writes about this, however, it’s important to be careful because others can have fatal consequences.

What are legal steroids exactly?

Quite simply the expression “legal steroids” covers all muscle-building supplements which aren’t categorized as “illegal.”

Illegal anabolic-androgenic steroids are synthetic, that is manufactured, types of testosterone, the male sex hormone. These hormone supplements are prescribed by healthcare professionals to people who suffer from wasting muscles or testosterone disorders.

Some athletes, especially bodybuilders, are known to illegally take these steroids in an effort to boost their muscle mass and enhance their performance.

There are legal supplements that benefit from having science on their side and, as a result, aren’t considered entirely unsafe. But there are others that are completely ineffective and can even cause harm.

Creatine is a well-known legal steroid. It naturally occurs in foods like meat and fish. It can also be bought in many stores where it is marketed as a muscle-building supplement.

The numerous documented benefits of Creatine include:

A 1999 study that discovered weightlifting creatine users demonstrated almost three times as much growth in their muscle fibers and double the overall body mass than those athletes that didn’t use creatine.

A 2003 study discovered that creatine users who went weight training could help build the strength in their legs and increase their overall muscle mass.

A 2007 review found that creatine was the best supplement tested in terms of increasing muscle mass.

No research has found any long-term health effects of creatine use, but it’s important to keep an eye out for any added ingredients in supplements. These may well lead to side effects and can trigger allergic responses.

A blend of betaine, creatine, and dendrobium extract, MMP is often to be found under the brand name Craze, along with a variety of other names.

As a supplement, this is considered is comparatively safe to use. But, don’t be fooled because this product does not lead to the muscle-building results claimed in the drug’s marketing speel.

Indeed, one 2014 study found that although participants who used it for six weeks while training, said they had higher energy and better concentration, they were not able to show any increase in body mass or overall performance.

Numerous muscle-building and weight loss supplements contain DMAA, but beware because this compound is not safe. As a result, all products that contain it and are marketed as dietary supplements are illegal.

The Food and Drug Administration (FDA) has issued a number of warnings to consumers warning them to steer away from DMAA and any other forms that may be found in OTC supplements.

The FDA warns that using DMAA can lead to:

BI Gives a Competitive Edge to the CIOs/Head-IT

The Changing Role of the CIO