FM Lays Down the Roadmap for Atma Nirbhar Bharat Abhiyan 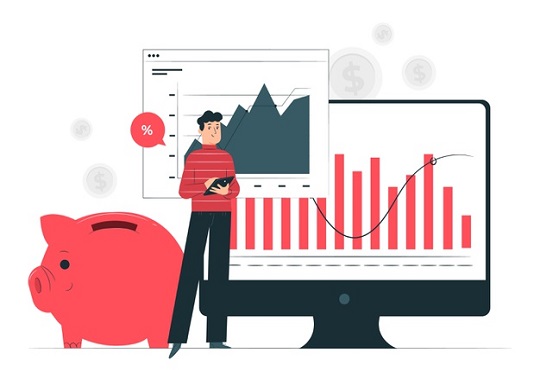 Finance Minister Nirmala Sitharaman, today announced the categories under which the 20 lakh Crore stimulus by the government will be spent for the growth of the country and to come out of the pandemic crisis. Under the Atma Nirbhar Bharat (Self Reliant India) Abhiyan, the central government has detected five pillars for the development of the nation and the deserved stimulus will be directly credited to the account of the receiver within the next 45 days.

Sitharaman announced a total of 15 measures, six of which are directed towards the MSMEs, two for EPFO, two for NBFCs, one for Discoms, one for Contractors, one for the Real estate sector and three tax related measures that are meant to provide direct liquidity support for the development of the country’s economy.

A total of collateral free loan amounting up to three lakh crore with a moratorium period of 12 months will be disbursed among the MSMEs which have an investment of 25 crore along with an annual turnover of 100 crore. This stimulus is likely to facilitate 45 lakh units across the country.

A debt of 20,000 crore will be provided to all the stressed MSMEs of the country. This has been said to facilitate the businesses of two lakh MSMEs all across the nation.

Further, the government has detected the MSMEs who are viable to the economy and have the potential to grow. For these companies, the central government has disbursed a loan amounting to rupees 50,000 crore in equity.

The government has somewhat changed the definition of MSMEs which has now become completely in their favour. Now, not only manufacturing, but the service sector companies can come under the MSMEs sector. Under the new regulations, a company with investments up to one crore along with a yearly turnover of five crore will come under the MSME segment and will avail the benefits from the government.

The FM pointed out that it is the production in the MSME sector that gets supplied to the bigger corporations and this supply chain was dismantled owing to the economic lockdown. So, relaxations on tenders up to rupees 200 crore especially on government procurements have been given to the MSMEs in the manufacturing sector.

Last but not the least, post COVID-19, all the MSMEs will be facilitated with acute e-commerce linkage so that they are able to build a global appearance and reach out to any potential customer around the world. The Atma Nirbhar Bharat Abhiyan is basically aiming towards taking native businesses global.

The government has extended another 2,500 crore liquidity support to companies directed towards the 12 percent employer contribution for the PF. This will be provided for another three months to the respective businesses. Nearly 72.22 lakh employees will be benefited from this as has been mentioned by the honourable Finance Minister.

In order to give a rise to the employee take home salaries, the government has decided that the PF percent will be reduced from 12 to 10 percent on both the employer and the employee side.

A Special Liquidity Scheme of 30,000 crores will be disbursed among all the struggling NBFCs of the country. These are the NBFCs that provide financial support to the MSME ecosystem of the country. This stimulus has been said to regulate the cash flow for the MSMEs that are dependent on the NBFCs.

Further, the government has also decided to incur the first 20 percent of the loss caused to the NBFCs with a total stimulus amounting to rupees 45,000 crore.

The FM announced that all the existing contracts that have been majorly affected because of the lockdown can be extended up to six months.

Furthermore, all the existing contracts that have partially been finished will be guaranteed and liquid transfers will be made on the percentage of work executed until now.

Sitharaman announced that the Real Estate industry can treat COVID-19 as an act of god and all the existing projects can be extended and fresh project registrations can be made on this account. This has been issued in public order so that businesses do not have to register for their eligibility.

There has been a 25 percent reduction in TDS returns and the public has been forecasted to avail a net profit of 50,000 crore from this. Tax refunds for all the charitable institutions, even in the corporate sector whose tax amount is up to rupees 5 lakhs will be initiated under this grand scheme of things.

There has been a change in the date of assessment for the IT returns for the current financial year. From 31st March, 2021, the date has been extended to 30th September, 2021.

The date for the pending litigations for the Vivad se Vishwas Scheme that has been launced in 2020 itself has been extended to 31st December,2020.