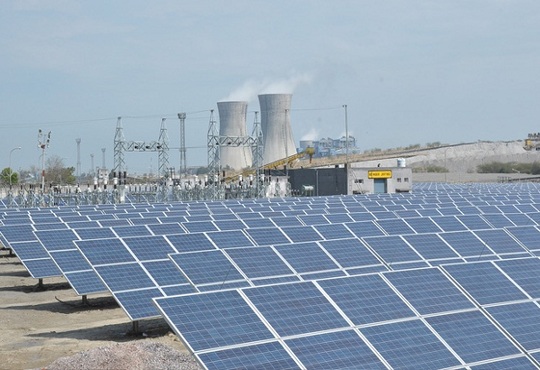 India is the world’s second-most populous nation with huge energy requirements. The country’s coal demand would actually zero out in the near future due to the technology driven changes that are happening quickly than predicted. India is the world’s third-largest carbon emitter and basically relies on coal-fired power plants for the production of most of its energy. The ever growing population and a fast-industrializing economy are the major factors that witness a whooping consumption of energy. Coal consumption in India has slowed down to its lowest level in the past two decades although Indian economy is growing at a consistent pace. The latest energy developments include improvements in renewable energy capacity and new innovative procedures to improve energy efficiency. The Energy and Research Institute (TERI) in New Delhi states that the energy efficiency is growing rapidly than estimated. Due to negligible growth in generating electricity, low profitable power distribution, political obstacles and slash on electricity subsidies is affecting the growth in electricity demand in the country.

The dropping costs for solar and wind energy and high enthusiasm for hydropower has increased the renewable energy generating capacity and is also expected to increase by the year 2030. With the improvement in battery technology that would enable weather and time dependent solar and wind power to serve as round-the-clock power sources will help reduce coal use in the power generation sector in India. The battery price has already fallen and was estimated to reduce further. This trend will encourage the solar power with battery storage that will be cheaper than coal-fired power.

According to the study “Solar Thermal Power in India, Market Outlook to 2030, and Update 2017-Capacity, Generation, Power Plants, Regulations and Company Profiles”, in India around 65GW of new thermal power plants are already in the pipeline along with new solar plants. This scenario threatens a rise in power surplus at a time of moderate growth in this sector and will follow a collapse in plant load factor (PLF). Therefore, the collapse in PLF can bankrupt many projects burdening the lenders. Majority of the banks in India are already under enormous bad debts and the surplus power is a threat to the bank as well as the nation’s economy. Therefore, the solar power growth is a blessing, but can become a curse with much state of affairs.

Solar power generation is great while the sun shines and stops at sunset. The power consumption soars during evening. It was also observed that the thermal power remains idle during the day and is ready to pick up the slack when solar production suddenly stops. Such strained idleness evolves huge hidden costs while estimating the solar power generation initialization procedures. If the cost of the solar equipment is decreasing then it is true that the solar power has become cheaper than coal-based power. Solar power generation is sporadic because the process is inevitable during night and on cloudy or foggy days. The Indian government is promoting solar energy through economic and promotional incentives like capital investment or interest subsidies, tax holidays on earnings for 10 years, generation based incentives, accelerated depreciation, viability gap funding, and financing rooftop solar as part of home loans.

Power is one of the most critical components of infrastructure crucial for the economic growth and welfare of a country. The existence and development of adequate solar power infrastructure is essential for sustained growth of the Indian economy. India's solar power capacity is an addition to the already existing power sector creating immense opportunities in power generation, distribution, transmission, and equipment. The Indian government’s immediate goal is to generate two trillion units of energy in the near future which is doubling the current production capacity to provide continuous electricity for residential, industrial, commercial and agriculture use.

Work 2021: Prepare For A Flexible Future

Internet of Everything: An Emerging Great Facilitator

The Business of Technology

The Next Billion Internet Users: What CIOS Need To Know