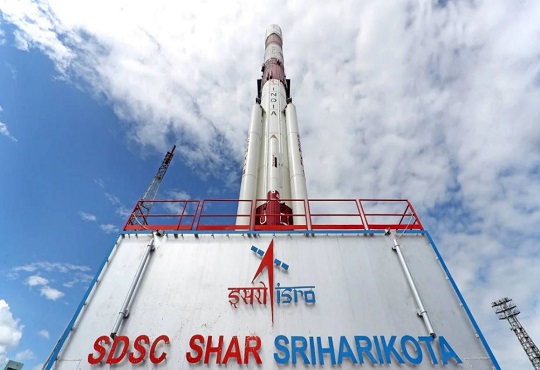 This innovative technology conclave has been inaugurated by Hon’ble Minister of State (Space) Dr. Jitendra Singh, in the presence of K. VijayRaghavan, Principal Scientific Advisor (PSA) to the Government of India, Dr. K. Sivan, Chairman, ISRO / Secretary, Department of Space (DoS), and Shri Umamaheswaran R, Scientific Secretary, ISRO. Hon’ble Minister of State also released the proceedings compendium of the technology conclave during the inauguration of the conclave.

Hon’ble Minister of State (Space), during his inaugural lecture, congratulated ISRO for its futuristic technology endeavour. He further mentioned that these technologies will take India’s space capabilities to the next higher level, in line with the ‘Atmanirbhar Bharat’ vision of Hon’ble Prime Minister of India, and the space sector reforms. He also appreciated ISRO’s role to synergise the scientific and technological expertise of ISRO / DOS laboratories, academia, industries, and international experts.

K. VijayRaghavan, Principal Scientific Advisor to Government of India also expressed, during his speech, his happiness over ISRO’s futuristic and disruptive technology initiatives. He congratulated ISRO for these initiatives at the right time, which will reap the fruits in coming decades.

R. Umamaheswaran, Scientific Secretary, ISRO presented the glimpses of the futuristic and disruptive technologies for space sector under ISRO initiatives. He explained how is the technological expertise of ISRO/DOS centres synergised to aim towards bigger technological goals.

ISRO’s futuristic technology development endeavour aims at making the country future-ready for the next four to five decades. Dr. K. Sivan mentioned that the directorate DTDI at ISRO HQ is mandated for the technology forecast for the space sector and initiates formulating futuristic technology development projects. The futuristic and disruptive technology projects are being materialised by the scientists and engineers of ISRO/DOS at its various centres throughout the country. In this coordinated effort, ISRO synergises the technological capabilities of its centres and laboratories, as well as collaborates with national and international experts, to achieve bigger technology goals.

Smart Devices and the IoT Revolution

Trust Trumps All Understanding The Most Underutilized Strategy In Business

IoT and Banking Fast and Furious

Whats The CIO Got To Do With The IOT?