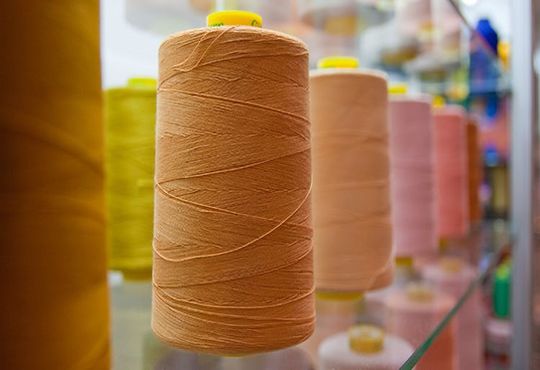 In a Seminar on ‘Indian Textiles and Apparel Industry- Showcasing India’s Strength Across the Value Chain’ held at the concluding day of the Make in India Week in Mumbai, government representatives and industry stalwarts brought back the focus on a sector which is considered one of the pivotal wheels in the Make in India machinery. The Make in India Week mega event was organised by the Confederation of Indian Industry (CII) in partnership with the Department of Industrial Policy and Promotion (DIPP) and the Government of Maharashtra.

Speaking on the tremendous contribution made by the textile sector to the growth of the Indian economy, Santosh Kumar Gangwar, Minister of State, Ministry of Textiles, Government of India said, “The Textile and Apparel industry is one of the key sectors of India’s manufacturing segment as it contributes significantly to the economy in terms of employment generation, foreign exchange revenue and above all, its backward linkages to the rural economy that gives huge opportunities to millions of farmers, artisans, handloom and handicraft manufacturers.”

He continued to say that the dynamics of the market economy have thrown up both opportunities and challenges to our industry and different countries in the region have concentrated in areas where they have comparative advantage. Countries such as Bangladesh and Vietnam have entered the league of big players in the global market. The Indian textile industry should gear up to attain its desired position in the global market and the government is willing to provide all possible support by creating enabling frameworks.

The Minister said that India would be exporting about USD 185 billion of textile and apparel by 2025. Considering the targeted growth in exports, India should be able to double the share of the global textile and apparel trade from the present level of 5%. India can achieve higher growth rates of finished products such as apparel, home furnishing, and technical textiles. This would maximise employment generation and value creation within the country and realise the Hon’ble Prime Minister Narendra Modi’s vision of ‘Make in India’.

According to Rashmi Verma, Secretary, Ministry of Textiles, “The growth of the textile industry is vital for national development but the industry is yet to achieve its true potential in the global market. The Make in India initiative will bring more investments in the sector and create an efficient eco system which will benefit the entire value chain. India’s increasing efficiency in the sector along with 100% FDI allowed in the industry is helping Indian textile firms to consolidate their export positions.”

Highlighting the government’s thrust to boost the sector, Verma said, “72 Textile Parks have been approved so far and 20 new textile parks have been sanctioned for facilitationg investment of up to Rs 4,500 crore which therefore is expected to generate employment for 66,000 people.” The scheme implemented in the PPP mode has been reoriented to promote industrialisation. Such measure by the current government ensures improved investment flow in the sector.

“The Cabinet Committee on Economic Affairs recently approved the introduction of Amended Technology Upgradation Fund Scheme (ATUFS) for technology upgradation of the industry. The new scheme will focus on employment generation and increase in export volume, employment to women in particular, promotion of technical textiles, upgradation of technology in existing looms and encourage quality control and checks,” Verma added.

In terms of capacity, the industry has the second largest vertically integrated production base in the world after China. Considering the strengths of our demographic dividend, such as increasing purchasing power and emerging tendency to spend more on life style products, and the advancement of organised retailing and e-retailing in smaller towns and rural areas, the demand for textile products in the domestic market is expected to grow substantially in the coming years.

BK Goenka, Chairman, Wellspun Group said that “the Make in India initiative would help to engage all the segments of Indian textile value chain with a renewed focus to bring updated technologies and innovations across these segments.”

Diving deeper to understand the effectiveness of Native Ads

CIOs focus on Digital Strategies to Stay Ahead of the Curve

Cities of the Future

Consumer Insight, Experimentation and Other Winning Strategies for the Insurance Disruption Game