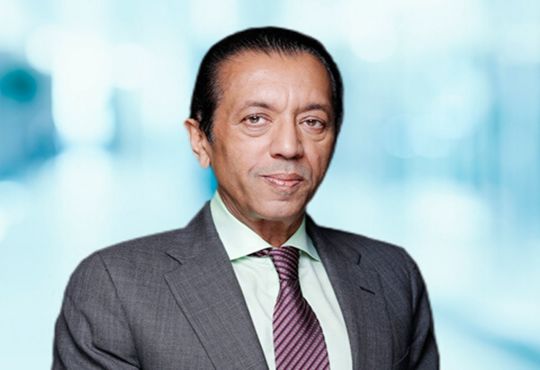 SoftBank Vision Fund has invested $2 billion in India over the first five months of the year, and would remain to back technology businesses which are seeing enhanced unit economics buoyed by the growing digital adoption on the back of the Covid-19 pandemic, Rajeev Misra, the chief executive of the Japanese fund, said in an interview.

The capital committed also comprises deals that are yet to be officially proclaimed.

The Vision Fund is projected to have invested around $15-18 billion internationally, and about 15-20% of that has come to India. “The key is to find interesting companies where we like the founder and the valuation,” Misra said, adding that the cash deployment in India for the year was ‘quite a big number’.

“Now, the pendulum is swinging a little bit in our favour. Earlier term sheets were flying around, public markets were hot, valuations were crazy. I believe, over the last four years, we are the largest tech investor in India and will continue to be that way.”

Amongst the most well-known and high-profile global technology investors, SoftBank has lately placed bets on social commerce venture Meesho and banking technology platform Zeta even as a bunch of deals are yet to be made official here in India.

As per a report, SoftBank is close to investing around $450 million in Swiggy along with infusing $100-150 million in companies like Whatfix, a software-as-a-service (SaaS)-based digital adoption startup, and OfBusiness, a business-to-business ecommerce platform.

The delicate deal making by the company comes amidst a larger technology-led rally in the US public markets, as well as Vision Fund’s $36.99 billion profit for the fourth quarter ended March 31, 2021. Effective IPOs by portfolio firms such as US-based food delivery app DoorDash Inc., South Korea’s Coupang, and used-car trading platform Auto1 Group in the past six months have assisted its enormous paper gains.

Misra, yet, said in the next 6-7 months, the global stock markets would vary, but the private market for technology investing would persist very strong with plenty of liquidity.

As for the Indian public markets, he added it has been amazingly resilient.

“The Indian public markets despite Covid-19 is in great shape. So, Indian tech companies, including our portfolio firms, could go public in India where they will get better mutiples,” he said.

SoftBank-backed Delhivery, Policybazaar and Paytm have lined up for their public market entrance in the next 6-8 months. The fund, though, won’t invest in a company that's going public over the next 6-9 months as part of a pre-IPO round.

Our mandate is to invest in “tech disruptive companies” over a longer period of time, Misra added. Specifically, on Paytm, he commented they won't sell their stake in the near term if the IPO happens, as proposed. “We are long-term investors and do not plan to exit in the near term. I have not had a discussion with Vijay Shekhar Sharma (Paytm’s founder) on the valuation… The market will decide the valuation. We are clearly not selling now...”

If the Paytm IPO goes through, its Chinese investor Alibaba would expected dilute its shareholding, as per a report. This may help the Noida-based company lower regulatory scrutiny over its Chinese ownership amid geopolitical tensions between the two neighbours.

A lot of the public market exuberance was generated by SPACs—or special purpose acquisition firms—in the US. SoftBank has been riding the SPAC boom with many of its companies opting to list by merging with these vehicles. SoftBank's Indian portfolio companies like grocery retailer Grofers and logistics tech platform Delhivery had discovered the SPAC route, but those didn’t materialise.

As per Misra, a finance veteran with stints at Deutsche Bank and UBS AG, there were 300-400 SPACs in the US, but many of them were unable to consummate an M&A and buy firms. “The SPAC market was 75% of all US IPO s. Tech IPOs this year have underperformed the S&P because they are overvalued—maybe 70% of them are below the IPO price. And while the global markets will be fine this year, they will be highly volatile.”

After the WeWork debacle, SoftBank Vision Fund struggled to increase outside capital amidst questions being raised on its strategy of backing loss-making startups at frothy valuations.

For another edition of the fund, it received a corpus commitment of only $10 billion from SoftBank itself with no external sponsors, when it launched. This was in stark contrast to the $100 billion capital pool it had combined in 2017 with Saudi Arabia’s Public Investment Fund (PIF) alone investing $45 billion.

The fund may not bring external investors immediately even though there is renewed interest amongst sponsors compared to a year ago. Vision Fund 2 has already invested $15-20 billion with a portfolio of 70 firms. Its corpus has increased to $30 billion, fully financed by SoftBank, Masayoshi Son, CEO of SoftBank, lately said during an earnings presentation. Vision Fund II could realize its size go up to $40 billion depending on the deployment of the current capital in the fund.

Introduction of GST in India-Impact on Supply Chain Network Design & Strategy Introduction and...