The Healthcare Industry Turns to Blockchain Tech for Security 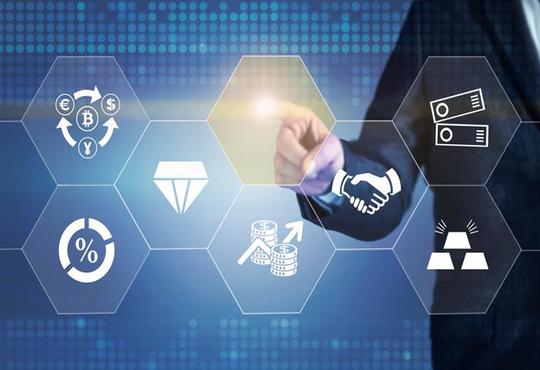 The healthcare industry has to cope with various problems regarding the security and the privacy of valuable data. In the recent years, hospitals were serving as the major target for cybercriminals who conducted ransomware attacks on the institutions.

In April, both U.S. and Canadian cyber security agencies – the Computer Emergency Readiness Team and the Canadian Cyber Incident Response Center – issued warnings to healthcare providers regarding the increased number of ransomware attacks. This is the point when blockchain tech comes in.

Many of the aspects of the blockchain technology, including speed, cost efficiency, and security, makes it a great choice to integrate it into the healthcare industry.

IBM Watson Health announced in January that they are cooperating with the US Food and Drug Administration (FDA) in order to research blockchain tech applications towards the exchange of data in the industry. The tech giant set an expected date for the completion of the project, early 2019, with the initial findings of the research revealed this year.

In addition to problems regarding security and the privacy, there are also issues reported with the efficiency of information sharing in the healthcare industry. IBM believes blockchain tech will provide solutions for both of the issues with fast, efficient transactions and excellent security.

“The collaboration will also address new ways to leverage the large volumes of diverse data in today’s biomedical and healthcare industries. A secure owner-mediated data sharing ecosystem could potentially hold the promise of new discoveries and improved public health,” IBM wrote in their press release.

In a research, IBM identified blockchain tech can guarantee both cost efficiency and accountability in sensitive health data transactions. The key concepts are:

IBM is not the only company who seeks to implement the revolutionary tech into the healthcare industry. Hashed Health, a startup leading a healthcare blockchain consortium, raised $1.85 million in an initial fundraising round in February. The company aims at creating blockchain-based applications in the U.S. healthcare industry.

In January, the United Arab Emirates also joined the blockchain revolution. UAE Telecom du, a telecom and broadband provider, and NMC Healthcare partnered to implement the blockchain technology to the management of patient information – Electronic Health Records (EHR) – within the country. Along with the impeccable security, patients will have immediate access to their records in the healthcare industry.

In late 2015, Philips Healthcare partnered with a blockchain-based startup called Tierion. At the time, Philips sought to explore the potential blockchain tech can offer to the healthcare industry.

The Future of Technology in India

The Smart OSS/BSS Choice for India

Why Artificial Intelligence will Empower the CIO

The Age of the Omnichannel Experience