The role of Generative AI in automating repetitive tasks 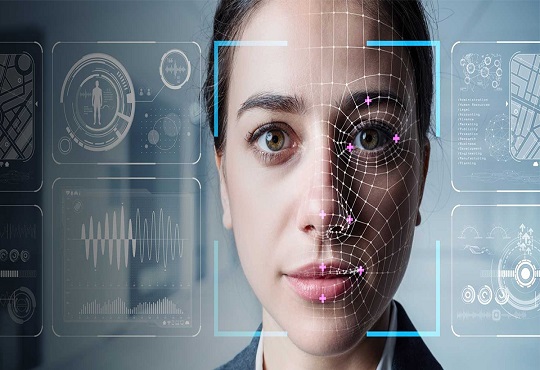 Generative AI is a broad label that has been used for describing any type of Artificial Intelligence which leverages unsupervised learning algorithms for creating new digital images, audio, text/code, and video. Most of the AI learning models are characterized as discriminatory until recently and the main purpose of a discriminatory learning algorithm is to actually leverage what was learned during training for making a decision regarding the new input.

A limited number of parameters are rendered to Generative AI models in order to use during the training period and ideally, this particular approach makes the model draw its own conclusions regarding the training data’s most crucial characteristics. After the generative model has identified the data’s fundamental properties, it can either use a GAN (Generative Adversarial Network) or use Variational Autoencoder (VAE) in order to improve the output accuracy.

Tool for rapid prototyping in manufacturing

Although the term generative AI is most often associated with deep fakes & data journalism, generative AI plays a major role in automating the repetitive processes that are implemented in digital image correction as well as digital audio correction. Furthermore, it is also being implemented experimentally as a tool for rapid prototyping in manufacturing and to improve data augmentation for RPA (robotics process automation) in businesses.

An AI technology that generates its own content, be it in the form of text visual, or multimedia, professionals may call as “generative AI”. It includes technologies, which can draw/paint pictures, and technologies, which can leverage information that is gathered on the internet for creating website articles as well as article summaries, and others such as press releases, corporate brochures, & white papers.

For instance, in the example of creating text, the existing human-written text will be scrutinized by Generative AI right from grammar, punctuation to style, word choice, narrative & thesis. Therefore, with the advanced AI that we have to possess, the generative AI can help in creating content that happens to be written by humans as well as pass the Turing test that was established during the mid-20th century by notable mathematician as well as cryptographer Alan Turing. Furthermore, it is predicted that generative AI would be responsible for taking over parts of those creative processes t in publishing, broadcasting, and communications, which humans used for centuries.

“The brainchild of the likes of Alan Turing and John McCarthy, the veritable pioneers who laid the cornerstone for its development, today AI has travelled a great distance from science symposiums and high-tech research laboratories. It is actively remodeling the way things are traditionally done and dealt with. AI is making forays into businesses and industries and is altering their dynamics, making them more efficient and protecting them from a labor shortage. Leading brands across the world have taken note of this and are rushing to reap the benefits,” affirms Dr. Sindhu Joseph, CEO & Co-founder, Cognicor.

Some of them are actually afraid of certain types of generative AI technologies, specifically the ones which help in simulating human creativity either in writing fiction or in producing works of art and this has led to a more general debate regarding the technology’s limit as well as its impact on people’s lives. While it is often thought that generative AI may replace human jobs, new technologies like these have a Human in loop (HITL) element and when AI is characterized as an assistive technology it helps humans produce faster, as well as more accurate results, which is known as augmented artificial intelligence.

“Artificial intelligence has been a largely misunderstood technology. It is often dubbed as something that will take away jobs and render masses obsolete post its deployment. The reality, however, is completely different,” says Dr. Sindhu Joseph.

“According to IMF’s World Economic Outlook, the global GDP in current prices was about 33.65 trillion dollars in the year 2000, while the world population during the same period was roughly over 6 billion. Today, the global GDP is estimated to be about 79.53 trillion dollars (2.36 percent of the original figure), whereas the latter has grown to become 7.5 billion (a mere) 25 percent increase),” she adds

While Generative AI is set to disrupt more industries and is finding applications in crucial fields that include defense security and healthcare it will find more advanced applications as the technology evolves.

Supply Chain & Manufacturing: A Prescription For What Ails Our Industry

Five Enterprise IT Security Stats That May Surprise You

Implementing DevOps in Banks as the First Step to Agility

Defining the Overall IT Strategy with Software Defined Networks